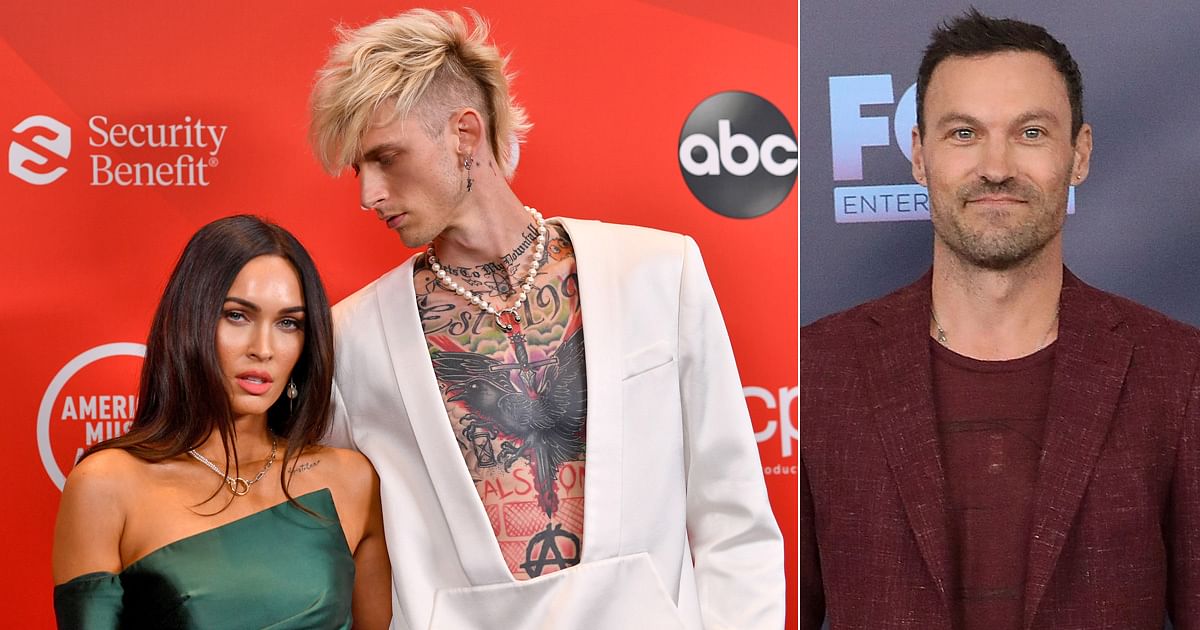 Megan Fox and Machine Gun Kelly have grabbed all eyeballs ever since fans speculated that the duo has gotten engaged secretly. Well, now we know that nothing of that sort happened. But the reason might have a Brian Austin Green connect, and we are not really shocked!

Megan wants to step into the next phase of her relationship with MGK but only after finalizing her divorce from her ex-husband.

A source close to Megan Fox exclusively told E! News that she is looking forward to beginning her next chapter with Machine Gun Kelly. However, her plans have been halted as she waits to finalize her divorce from Brian Austin Green.

An insider explains that Brian Austin Green and Megan Fox were married for nine years and separated in late 2019. They are working through the divorce currently. “Brian is definitely not making it easy or doing things quickly,” the insider reveals, adding, “Megan would like to wrap it up and get it finished as quickly as possible, but Brian is not exactly working with her on that.”

At this time, both Brian and Megan requested to have joint physical and legal custody of their three sons, Journey (4), Bodhi (6), and Noah (8). Additionally, the actress is asking for the termination of spousal support for herself and actor.

According to the source, Megan Fox is “very serious with MGK and sees him as her soulmate and life partner. They plan to be together forever,” the insider adds. “She wants the divorce to be done with so she can move on and move ahead.”

Megan and MGK’s whirlwind romance has been going strong since last summer. In their first joint interview together in July 2020, the two explained they had undeniable chemistry when working on Midnight in the Switchgrass.

Megan Fox isn’t the only one to find love the breakup. Brian Austin Green recently opened up about his amazing relationship with Dancing With the Stars pro Sharna Burgess. They first sparked romance rumours in late December when they were spotted on a steamy vacation in Hawaii together.

Must Read: Dwayne Johnson AKA The Rock Looks Shredded Than Ever As He Prepares For Black Adam