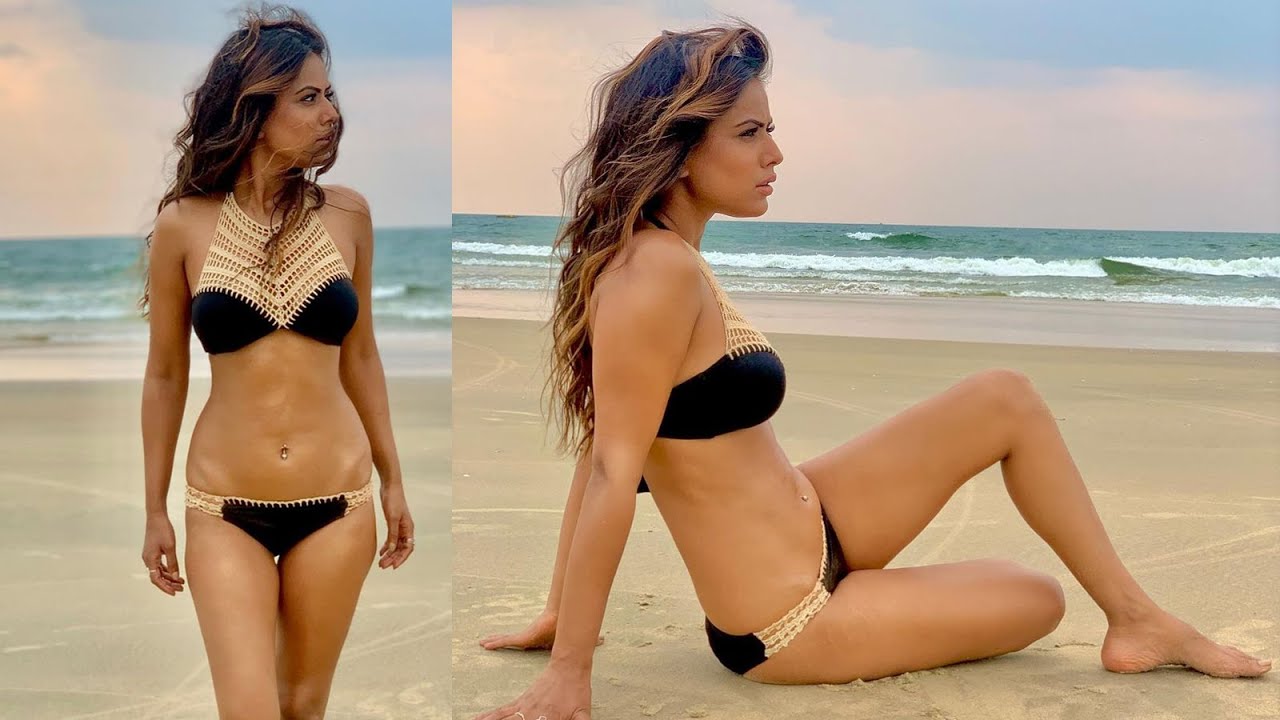 Nia Sharma is a noteworthy celebrity in the Indian telly industry. The ‘Naagin’ actress set the internet on fire with her sizzling new bikini picture on Instagram. Nia Sharma has a sizable following on social media and her pictures are widely liked by many. Nia Sharma’s latest post on Instagram is creating a lot of buzz around the toned body of the ‘Khatron Ke Khiladi Made in India’ winner.

Nia Sharma looked steamy in her latest picture on Instagram. Nia was wearing a sizzling hot black bikini with a golden crochet design surrounding her neck. Nia Sharma combined the voluptuous picture with a hilarious caption. Nia Sharma’s captioned her post, “When you accidentally spill a bottle of bronzer on your body. or may be deliberately @shurabhavinofficial  #bronzedbeachbabe.”

However, it is interesting to note that Nia Sharma has posted pictures in the same bikini before. With that being said, Nia Sharma did not fail to impress her fans in the recent picture. Nia Sharma has a whopping following on Instagram. Nia Sharma’s 5.4 million followers are one of the highest for Indian television celebrities.

When you accidentally spill a bottle of bronzer on your body..
or may be deliberately.. @Theniasharma
From Nia insta post#bronzebeachbabe pic.twitter.com/Piux2TuCTk