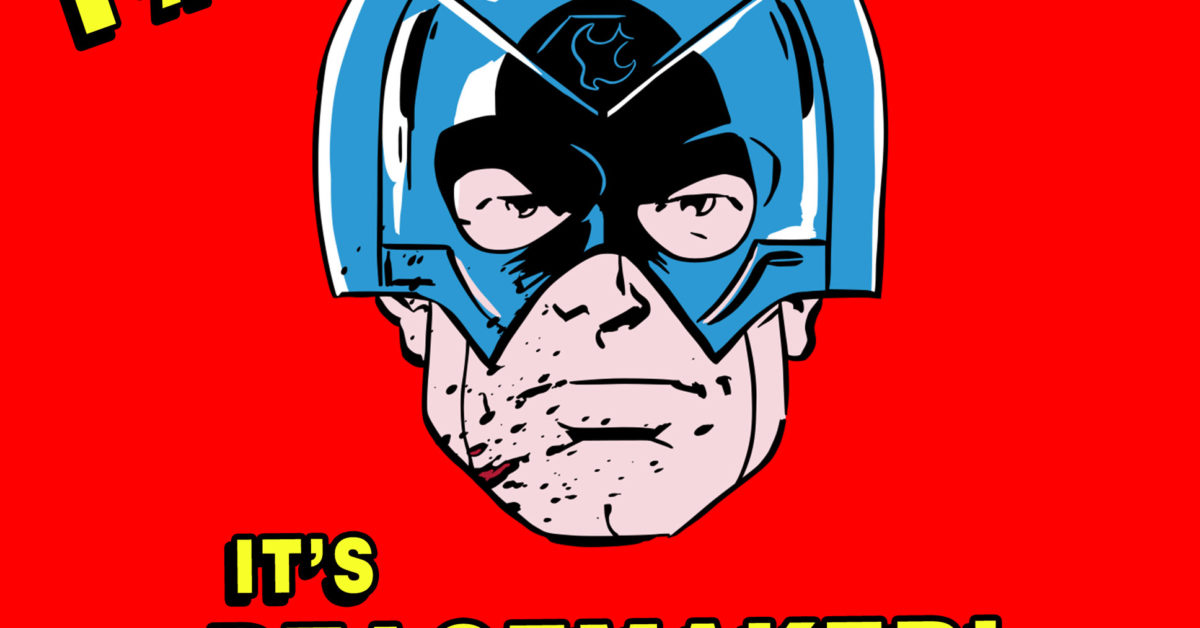 We’re getting the impression that James Gunn (“Guardians of the Galaxy” franchise) and HBO Max might be underestimating two things. First, the level of interest there is their upcoming eight-episode series Peacemaker that finds John Cena returning to his The Suicide Squad role. Second, our willingness to feed their dumpster fires of speculation any way we can while still be able to look ourselves in the mirror. A perfect example? Today’s Instagram Stories post from Gunn from the set of the series- which would normally mean “hey, let’s see what clues we can pick out of this video or image.” But Gunn’s already three steps ahead of us, unveiling a piece of technology that might just make our jobs that much harder: The Spoiler Finger.

Objectively? It’s a smart move because you get the best of both worlds: a look behind the scenes without giving away a single spec of detail about what’s going on. In fact, it’s actually quite brilliant- except for one thing: we’re still going to report on it. And just for that? We’re going to “speculate” that what he’s hiding is an amazing crossover scene between the Guardians of the Galaxy and Cena’s Peacemaker. Is there a snowball’s chance in Hell of that actually being true? Nope, but that’s the kind of mindless speculation that The Spoiler Finger brings out in us.

Two side notes? First, Gunn should think about renting out his finger as rentable advertising and promotional space- because I could see a Popeye’s or even better, Band-Aid (right?). Second, we just can’t keep our eyes off the Cheetos bag because it’s begging the question: is that regular Cheetos or Cheestos Popcorn (because we’re hooked on the latter more than we have any right to be):

“Peacemaker is an opportunity to delve into current world issues through the lens of this superhero/supervillain/and world’s biggest douchebag,” said Gunn when the series was first announced. “I’m excited to expand The Suicide Squad and bring this character from the DC film universe to the full breadth of a series. And of course, to be able to work again with John, Peter, and my friends at Warner Bros. is the icing on the cake.” Gunn and The Suicide Squad producer Peter Safran will serve as executive producers, with Cena as co-executive producer. Peacemaker will be produced by Gunn’s Troll Court Entertainment and The Safran Company in association with Warner Bros. Television (with production scheduled for an early 2021 start).

Though specific details on the series are being kept under the same kind of wraps as the film, Peacemaker will explore the origins of the character that Cena will play in the upcoming film, a man who believes in peace at any cost — no matter how many people he has to kill to get it. “I have said before that it has been a tremendous honor and an incredible opportunity to be part of The Suicide Squad and to work with James on what is going to be a fantastic movie,” said Cena. “I am unbelievably excited to have the chance to team up with him again for Peacemaker. We can’t wait for fans to see this.”