Home EntertainmentHollywood Priyanka Chopra Jonas’ We Can Be Heroes Tops Netflix US & Here’s What She Has To Say!

Priyanka Chopra Jonas’ We Can Be Heroes Tops Netflix US & Here’s What She Has To Say! 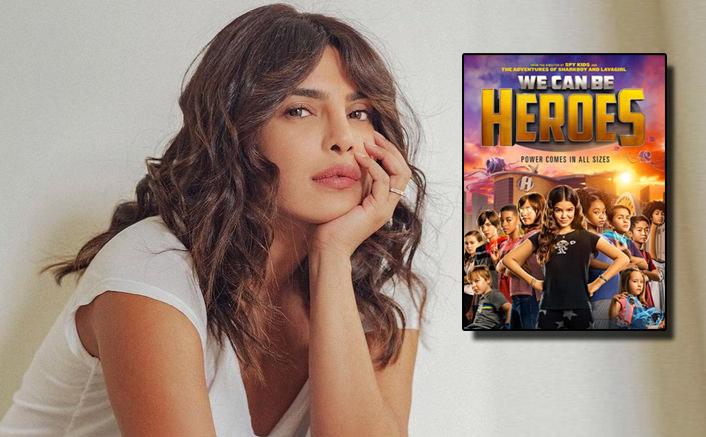 Robert Rodriguez directorial We Can Be Heroes was recently released on Netflix. The film has now already reached the Number 1 position on the streaming platform in the US. Priyanka Chopra Jonas, who plays the role of Ms Granada in the film, took to Instagram and shared her excitement for the same.

The actress shared a small clip of the superhero movie on her Instagram stories and thanked her fans for showing love for the film. Sharing a still from the film, she captioned it, “So happy to hear you guys are loving this movie as much as I do!” She also shared a screenshot of the film being No, 1 on the OTT platform in another story and wrote, “Amazing to see.” Take a look at the pics below:

Earlier, Priyanka Chopra-Jonas shared a trailer of the film on Instagram. Sharing the video, she wrote, #WeCanBeHeroes Power comes in all sizes and it arrives on Christmas Day! These amazing kids have a secret weapon – Teamwork. It brought different energy on set and is the life of this film. So while you wait for Santa, it’s time to sit back and let these incredible kids show you how to be a HERO! Are you in?”

Apart from Priyanka Chopra, the film also stars Game Of Thrones star Pedro Pascal, Christian Slater, Boyd Holbrook and child actor YaYa Gosselin. The film is a follow-up to The Adventures of Sharkboy and Lavagirl and is set in the same world as Spy Kids. It was released on December 25 on Netflix.

Meanwhile, Priyanka Chopra Jonas also recalled her experience of playing Mary Kom in the biopic of the same name. She took to Instagram and reminisced about the film. She wrote, “Playing #MaryKom was not what I expected at all. The weight of telling the story of a living, national icon put a load on me that I hadn’t shouldered before. It was surreal in many ways. She was a world champion sportswoman who was and is still competing and is on top of her game. It was an honour but also a huge responsibility for me as an actor.”

The actress also wrote, “It was both physically and emotionally demanding requiring an extreme amount of training to not just get into the physical shape but to learn her particular style of boxing… she is left-handed and I’m right. So I had to learn to box as a south paw which was a challenge. It’s an experience I will never forget. An amazing team and an equally supportive Mary herself saw me through it all.” Take a look at her post below:

So have you watched Priyanka Chopra Jonas’ We Can Be Heroes yet? Let us know what you think in the comments.