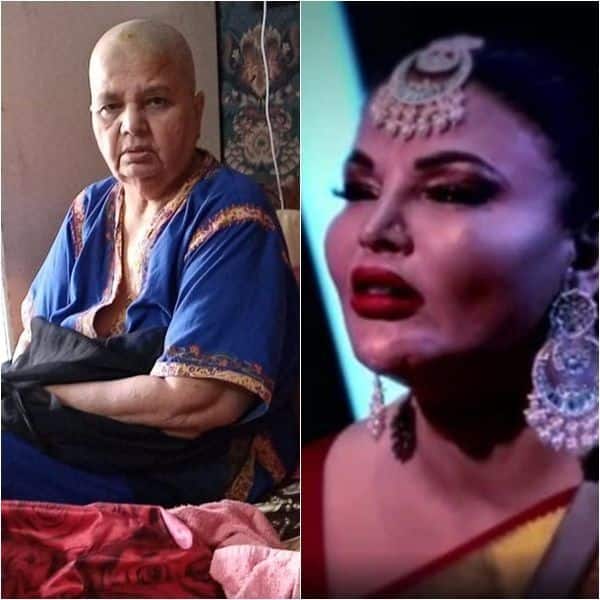 During Rakhi Sawant’s stint in Bigg Boss 14, her brother Rakesh had revealed that their mother is in the ICU. She has a huge tumour in her gallbladder, which is cancerous and can’t be operated upon. Doctors were going to start the chemotherapy. During the family week, Rakhi Sawant’s mother Jaya spoke to her from the hospital via video call. Rakhi was inconsolable to know about her mother’s health condition. She requested her mother to be strong till she gets out of the Bigg Boss 14 house and be by her side to take care of her. Rakhi has now shared a few heartwrenching pics of mother who is currently undergoing cancer treatment. Also Read – Kamya Panjabi left numb by Rakhi Sawant’s show of strength on Bigg Boss 14; says, ‘I salute you girl’

Sharing the pictures of her mother on Instagram, Rakhi asked for prayers from her fans. “Please pray for mom ,she is undergoing cancer treatment,” she wrote. Her celebrity friends such as Kanika Kapoor, Devoleena Bhattacharjee, Adaa Khan, Rashami Desai, Kamya Punjabi and others told her in comments that her mother will be absolutely fine. Earlier, Jaya Sawant had said that Rakhi’s mystery husband Ritesh is taking care of her medical bills. Also Read – Bigg Boss 14: Devoleena Bhattacharjee talks about her marriage plans and boyfriend [Exclusive]

“Aunty will be fine rakhi..You be strong,” Devoleena commented while Rashami said, “Will surly pray for her speedy recovery and more important god give her more power ❤️. You are stronger then anyone baby your prayer works like magic.” Also Read – Trending Entertainment News Today — Aamir Khan might announce his next movie on his birthday, Sara Ali Khan and Vijay Deverakonda are reportedly a couple

Kamya hailed Rakhi for entertaining the audience to the T despite going through a tough phase in life. “How much u entertained the world n this is wat u were going through! N this is ur first post after leaving the biggboss house! Koi kya tujhse mukabala karega rakhi…. tu toh sabse upar aur sabse anokhi nikli… Ganapati Bappa sab thik karenge! You stay strong like always! I salute you Rakhi… u are a winner in life,” she commented.

On Sunday night, Rakhi walked away with Rs 14 lakh from Bigg Boss 14 during the grand finale. She claimed that the reason she went to the controversial show was to try and make a comeback, because her career was down in recent times, and that the show has given her a second chance. She was the first contestant to walk away with money on the grand finale night hosted by Salman Khan. She had entered the house in November last year as a challenger and had a journey of almost three months, which ended on Sunday night.

“I would like to do a series. In fact I will do any work that comes my way. This is why I went to Bigg Boss — so that I could make a comeback and earn a lot of money. (I want to) Get my mother operated and keep her well,” Rakhi recently said.