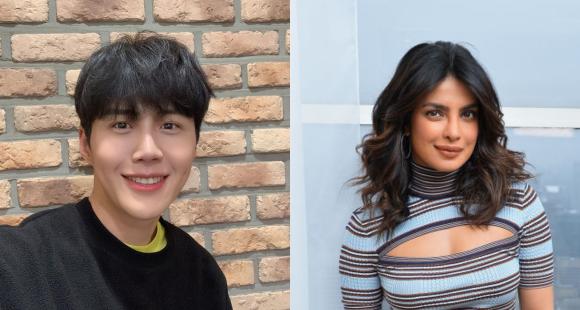 Priyanka Chopra Jonas has been busy promoting her latest release The White Tiger. In a promotional post on Instagram over the weekend, the actress’s post featured South Korean star Kim Seon Ho.

Priyanka Chopra Jonas has been busy with the promotions of The White Tiger lately. The actress appears in a supporting role in the latest release and has swept critics off their feet with her performance. PeeCee has been sharing reactions she”s been receiving for the movie on her Instagram Stories. This includes international publication reviews, verdicts from her family and friends and more! Over the weekend, Priyanka shares screenshots of the Netflix homepage to celebrate that the movie is the OTT platform’s “Top 10” section.

The actress shared three screenshots, showcasing the movie’s spot on the chart in India, the UK and the US. While her eyes were on the position of the movie, we couldn’t help but notice that South Korean star Kim Seon Ho appeared in her Stories. The actor, who has reached a new height of fame owing to the success of Start-Up, was seen on the poster of the K-drama in the story. The poster appeared under the Top 10 segment, recommended under “Feel-Good TV Shows.”

The Kim Seon Ho, Nam Joo Hyuk and Suzy starrer wasn’t the only K-drama recommended in the section. Other shows like What Happens to My Family? and Once Again were also featured in the screenshot. Check it out below: Which of the shows featured in Priyanka’s Instagram Stories have you watched? Let us know in the comments below.

As for Kim Seon Ho, the actor will soon be seen making an appearance in Run On. Read all about it here: Start Up star Kim Seon Ho CONFIRMED to have a cameo as a film director in Im Siwan and Shin Se Kyung’s Run On