Home News The mob in the Capitol: An account of a day of mayhem unleashed by Trump on the US

The mob in the Capitol: An account of a day of mayhem unleashed by Trump on the US 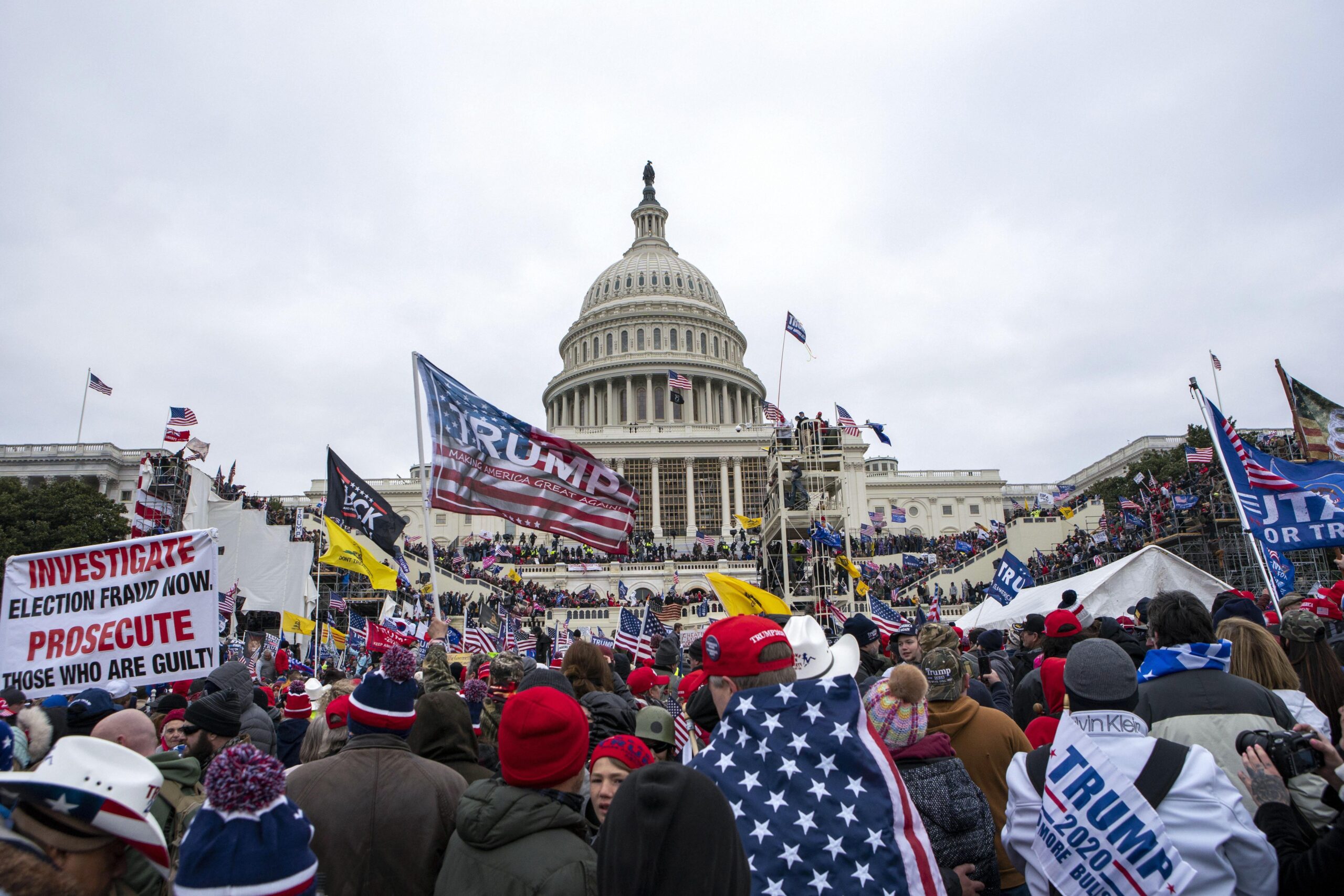 On Wednesday afternoon, a throng of Trump supporters busted through police barriers and windows of the US Capitol building just as Congress members debated the certification of President-elect Joe Biden’s election win.

In a “Save America March” in the first half of the day, Trump elaborated on his ongoing claims that the November election was fraudulent.

He said: “Now it is up to Congress to confront this egregious assault on our democracy. And after this, we are going to walk down, and I’ll be there with you, we’re going to walk down to the Capitol. And we are going to cheer on our brave Senators and Congressmen and women and we are probably not going to cheering so much for some of them because you will never take back our country with weakness. You have to show strength and you have to be strong. We have got to demand the Congress to do the right thing and only count the electors who have been lawfully slated. I know that everyone here will soon be marching over the Capitol building to peacefully and patriotically make your voices heard.”

Before the speech, Trump’s lawyer Rudolph Giuliani also championed a “trial by combat” to the crowd. Earlier in December, Trump had tweeted: “Big protest in D.C. on January 6th. Be there, will be wild!”

Around 1 pm, the protestors left the event and headed for the Capitol, with baseball bats and megaphones proclaiming: “Stop the Steal”.

As they climbed the sides of the government building, legislators took cover under their desks and evacuated. Staff made sure to protect the boxes of Electoral College certificates, to ensure protestors could not vandalise the important documents.

Two undetonated explosives were found at the Republican National Committee, gas canisters were released, and photos of protesters sitting in Congress offices and the Senate chamber went viral. The police fatally shot one woman inside the building, while three others died outside the building from other medical emergencies.

As the intensity escalated, Trump tweeted: “Mike Pence didn’t have the courage to do what should have been done to protect our Country and our Constitution, giving States a chance to certify a corrected set of facts, not the fraudulent or inaccurate ones which they were asked to previously certify. USA demands the truth!”.

The Capitol Police, along with the FBI and the National Guard, were finally able to regain control of the Capitol by 6 pm local time. 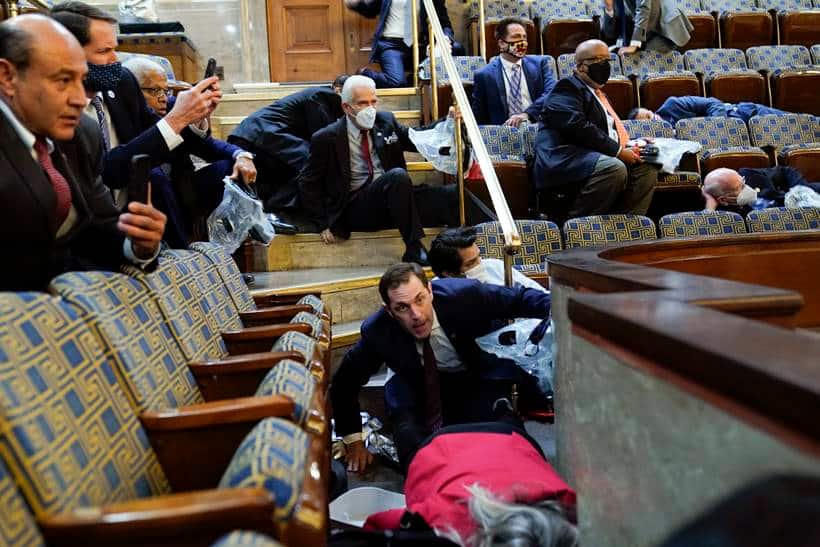 People shelter in the House gallery as protesters try to break into the House Chamber at the U.S. Capitol on Wednesday, Jan. 6, 2021, in Washington. (AP Photo/Andrew Harnik)

World leaders from Germany, United Kingdom, Canada, Mexico, and India expressed public concern about the day’s events. Analysts commented that the episode places the US in a weaker position to comment and promote democracy.

Meanwhile, what happened with the certification vote?

The electoral vote-counting in Congress is usually an uneventful procedure, held two weeks before the inauguration.

Just before the protesters stormed the building, a group of Republicans had begun to call for a voiding of the Arizona presidential election results. Restarting the session at 8 pm local time, the measure was rejected by 93-6 by the Senate. Republicans had also planned to challenge results from Georgia and Pennsylvania. While they dropped the Georgia measure after the day’s violence, the Pennsylvania measure was also rejected 92-7.

Trump’s association and incitement of the protesters led many Republican leaders to distance themselves from the President. Several publicly denounced and laid blame on the President for the day’s events.

“This violence was inevitable and ugly outcome of the president’s addiction to constantly stoking division,” said a Republican representative from Nebraska. Senator Mitt Romney, a Republican from Utah, said: “This is what the President has caused today, this insurrection.”

The clearest signal of a distancing Republican Party was Senate Majority Leader Mitch McConnell’s speech deriding the effort to delegitimise the results. “It would be unfair and wrong to disenfranchise American voters and overrule the courts and the states on this extraordinarily thin basis. And I will not pretend such a vote would be a harmless protest gesture while relying on others to do the right thing. I will vote to respect the people’s decision and defend our system of government as we know it.”

Administration officials resigned on Wednesday, including the chief of staff and press secretary to the First Lady, as well as the White House deputy press secretary. Other senior Trump officials were also deliberating on resigning, including a national security adviser.

Late in the day, 18 Democrats from the House Judiciary Committee sent a letter to Vice President Pence, urging him to invoke the 25th Amendment and impeach President Trump. The letter read: “Earlier in the morning, President Trump held a rally at the White House and told protestors ‘I’ll be with you’ and encouraged them to march to the Capitol to protest the certification of the electoral college votes… We have seen the fruit of the President’s remarks in the violence and chaos unleashed today.”

The lawmakers went on to state that Section 4 of the Constitution’s 25th Amendment allows the Vice President and a majority of Cabinet secretaries to determine the President “unfit” for office. “President Trump’s willingness to incite violence and social unrest to overturn the election results by force clearly meets this standard.”

But regardless of a potential impeachment, the day’s violence made Biden’s major upcoming challenge even more clear: to quell significant dissent and a persistent belief amongst a section of the population that his victory is illegitimate.