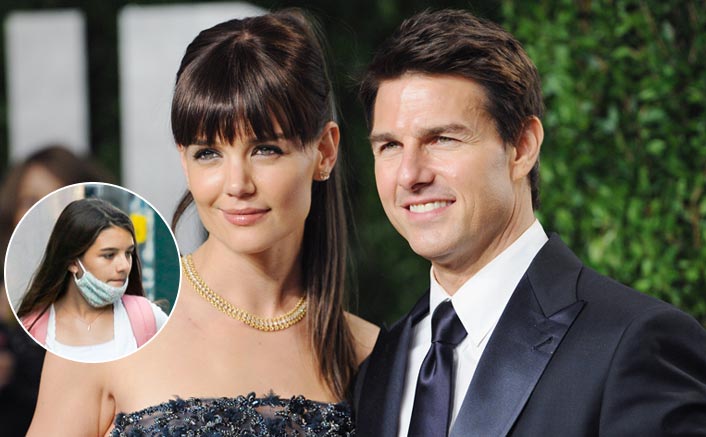 Tom Cruise and Katie Holmes daughter Suri is growing up fast! The 14-year-old daughter was recently spotted in New York City as she stepped out with her mom for shopping. Fans also noticed that she is nearly as tall as her five-foot-nine mother.

Katie and Suri were spotted near the swanky SoHo area of New York City and the two were protected by wearing matching white disposable facemasks. Suri was seen wearing jeans, brown boots, a denim jacket and a black pageboy hat. She left her While Katie was seen wearing sophisticated layers in a plaid skirt, a long wool coat, and black boots. Both let their fluffy brown locks, down to cascade over their shoulders. Take a look at the pictures below:

Reportedly, Katie has been parenting her teen daughter on her own since Tom has not seen her in years. Back in 2012, it was reported that the Mission: Impossible actor has abandoned his daughter after their divorce.

Katie Holmes and Tom Cruise began dating in 2005 and a few weeks later they got engaged. Their wedding was held at the Castello Orsini-Odescalchi in Bracciano in November 2006. Suri was born in April 2006, seven months before Holmes and Cruise married.

Recently, Katie has been frequently spotted out with her new love, 33-year-old Emilio Vitolo Jr. If reports are to be believed then the two are getting more serious these days and even spent Christmas Eve together last week. The two were seen locking arm in arm through Washington Square Park. They later enjoyed dinner at French restaurant Claudette on Fifth Avenue.

Meanwhile, Tom Cruise recently made headlines for his abusive rants at the sets of Mission Impossible 7 when a leaked audio recording went viral. He furiously lashed out at crew members for breaking COVID-19 guidelines. In the two-and-a-half minute tirade, the actor threatened to fire crew members who don’t abide by the Covid-19 protocols on the set. Following which, five crew members also left the set.

The latest report also claimed that now the actor has been spending some time with his children in Dubai during the holiday season.

Must Read: Amber Heard’s Mera From Aquaman To Get A Spin-Off Show On HBO Max?