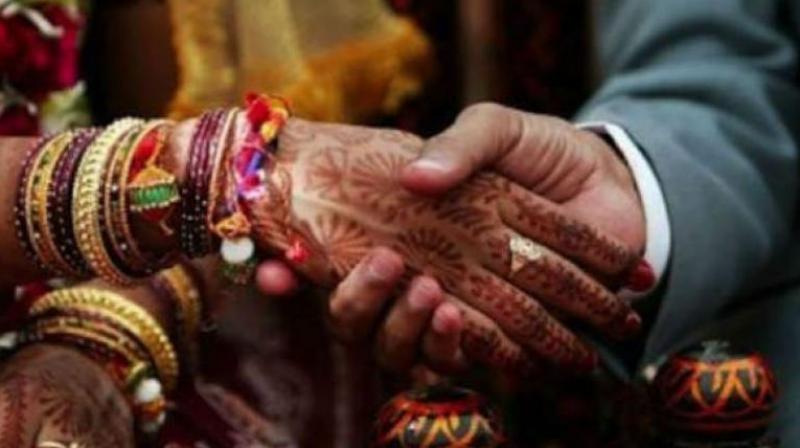 Bareilly: The Uttar Pradesh Police has made its first arrest under the new anti-conversion law, days after a man complained that someone is harassing his daughter in a bid to change her religion, officials said on Thursday.

Uttar Pradesh Governor Anandiben Patel on November 28 had given assent to the Uttar Pradesh Prohibition of Unlawful Conversion of Religion Ordinance, 2020, against forcible or fraudulent religious conversions.

The law provides for imprisonment of up to 10 years and a maximum fine of Rs 50,000 under different categories.

“This is the first arrest under the new law. Accused Owais Ahmad was arrested from the Richha railway gate in the Bahedi area here on Wednesday. He was produced before a local court and was sent to 14 days judicial custody,” Deputy Inspector General (DIG) of Police, Bareilly, Rajesh Kumar Pandey said.

The case was registered at the Devarniya police station in Bareilly district on November 28 against Ahmad, officials said, adding that it was the first case to be registered in the state under the new law.

Based on a complaint from Tikaram, a resident of Sharif Nagar village in Devarniya, the case was registered under sections of the Indian Penal Code and the anti-conversion law.

The complainant has accused Ahmad, a resident of the same village, of trying to convert his daughter through “allurement”, police said.

According to the complaint, Tikaram’s daughter and Ahmed studied together in Class 12.

Three years ago, the accused started pressuring her to undergo religious conversion and perform ‘nikaah’ (marriage) with him, according to the complaint.

But when the woman opposed, he threatened to kidnap her, Tikaram has said in his complaint.

The complainant’s daughter married someone else in June. However, Ahmed continued to harass her and her family members, he has alleged.

Under the Uttar Pradesh Prohibition of Unlawful Conversion of Religion Ordinance, 2020, which deals with different categories of offences, a marriage will be declared “null and void” if the conversion of a woman is solely for that purpose, and those wishing to change their religion after marriage need to apply to the district magistrate.

The law was promulgated four days after the Yogi Adityanath government in the state approved the draft of the legislation which also curbs religious conversions only for the sake of marriage.