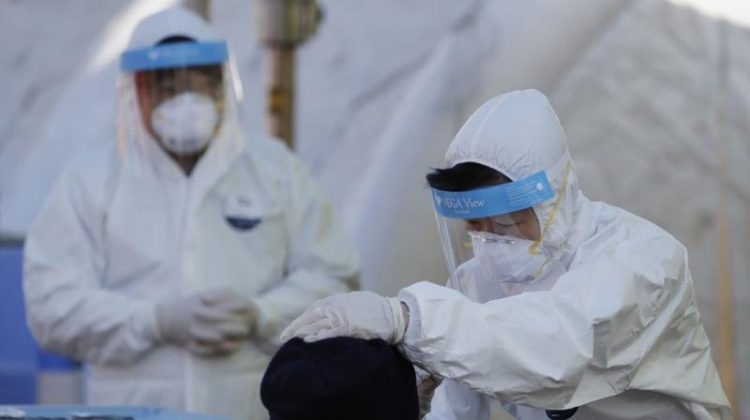 Vijayawada: An Anglo-Indian woman identified as Mary Winfred Ann, a private school teacher hailing from Rajahmundry in East Godavari, is found to have been infected with the new strain of Coronavirus in the UK.

She arrived at Delhi airport from London on December 21. When she was subjected to the RT-PCR test there, she tested positive to the mutated strain of the coronavirus. She was sent to quarantine by the health authorities. However, she quietly escaped from the quarantine centre.

The health authorities sounded an alert and called up the East Godavari administration, saying she was a resident of Ramakrishna Nagar in Rajahmundry. A nation-wide alert was also sounded.

The railway police on Wednesday found she was travelling in the first class coach of a train from Delhi to Rajahmundry. She was being brought to Rajahmundry by the same train and would be kept in an isolation ward at the local government hospital, said East Godavari district coordinator for health services Dr T Ramesh Kumar.

A worry is that the woman might have come into contact with passengers, railway staff and vendors. Sources say her son might be accompanying her from Delhi to Rajahmundry in the same train as he was attending a professional course at Kakinada.

Health authorities said East Godavari reported the first case of coronavirus during the initial days of the Covid spread in March; that too on a person who arrived from the UK.