Home General The pandemic has devastated U.S. prisons, but it could save one woman on death row.

The pandemic has devastated U.S. prisons, but it could save one woman on death row. 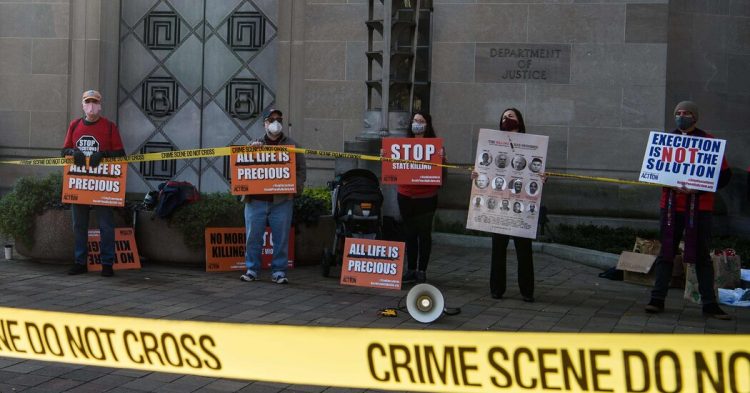 A judge’s ruling to delay the execution of the only woman on federal death row could push the new date into the early days of the administration of President-elect Joseph R. Biden Jr., who has vowed to work to end federal capital punishment.

The woman, Lisa Montgomery, was scheduled to be executed on Dec. 8, but that date was delayed after two of her lawyers tested positive for the coronavirus shortly after traveling to a federal prison in Texas to visit her in November.

Should Ms. Montgomery’s life be spared as a result of the delays from her lawyers’ infection, it would be a rare reprieve for a prisoner from a virus that has swept through prisons, infecting inmates crammed into shared spaces.

The Justice Department had rescheduled her execution for Jan. 12, but Judge Randolph D. Moss of the U.S. District Court for the District of Columbia ruled on Thursday that the January execution date had been unlawfully rescheduled because a stay order issued because of her lawyers’ illnesses was still in effect.

Ms. Montgomery, of Melvern, Kan., was convicted in 2008 of killing a pregnant woman and cutting a baby from her abdomen. She tried to pass off the baby as her own before admitting to the crime.

Ms. Montgomery’s lawyers have said that she has severe mental illness, which was inherited from both of her parents and worsened by abuse endured as a child, including being sex-trafficked by her mother and gang-raped by men.

The stay in Ms. Montgomery’s case barred the government from executing her before Dec. 31. How long the government will wait to execute her after that point remains unclear. Federal rules state that execution notices must be given to prisoners at least 20 days in advance, but when the rescheduled date is fewer than 20 days from the original date, the prisoner must be notified only “as soon as possible.”