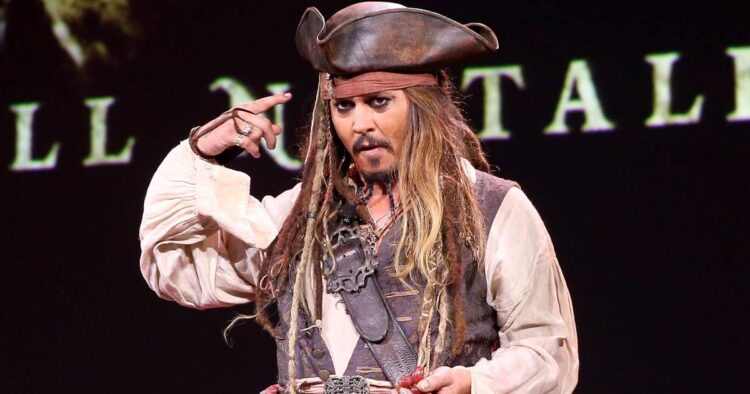 Who isn’t a fan of Johnny Depp’s Pirates Of The Caribbean film series? Well, that is one series fans love to watch again and again. Its previous entry, Curse of the Black Pearl, was a runaway hit at the box office, making a staggering $654 million at the box office on a $140 million budget. After witnessing such a huge success, Disney wanted to go bigger and better for the sequel. But, did you know Pirates Of The Caribbean: Dead Man’s Chest was instantly banned in China?

The reason, unfortunately, was the opening scene. Keep scrolling further to know more about this in detail.

If you have already seen the film, you know that the film’s early plot reintroduced Johnny Depp‘s Jack Sparrow, stranded on a tropical island as the new ruler of a tribe of indigenous people. While his friends Will Turner (Orlando Bloom) and Elizabeth Swann (Keira Knightley) figured out how to save him, Mr Gibbs (Kevin McNally) revealed a stark detail about the Pelagostos tribe.

He said: “Worse, as it turns out. See, the Pelegostos believe that Jack (Johnny Depp) is a god in human form and they intend to do him the honour of releasing him from his fleshy prison.” Mr Cotton (David Bailie) then bit Mr Gibbs, illustrating the point, prompting the sailor to add: “They’ll roast him and eat him.”

An axed line from the movie also referenced eating children. According to the Pirates Fandom website, Jack Sparrow was originally going to say: “I notice you’ve got loads of women everywhere, but very few children. Why is that? Are the little ones a bit more tasty, then?” before it was removed from the movie.

This was enough for the Chinese Film Bureau to ban the film in their region, as they have a strict “no cannibalism” rule for their films.

Johnny Depp’s Dead Man’s Chest was also banned for another reason: It included ghosts. The scene in question showed Jack Sparrow being swarmed by a collection of translucent spirits in a horrifying moment on the Flying Dutchman.

An official from the Chinese Film Bureau told The Independent at the time, “The main reason it had not been passed was because of the movie’s depictions of eating human flesh.” The official also described the scenes as “horrible” and “unsuitable” for juveniles.

Disney could not easily cut out the scenes because they were integral to the plot. Because of this, the second film in the series was banned from the country, leaving Pirates of the Caribbean fans without the middle chapter of the story. Now that is really sad, we must say!

Must Read: Lionel Richie Recollects His Encounter With Michael Jackson’s Python & It Is Scary AF!