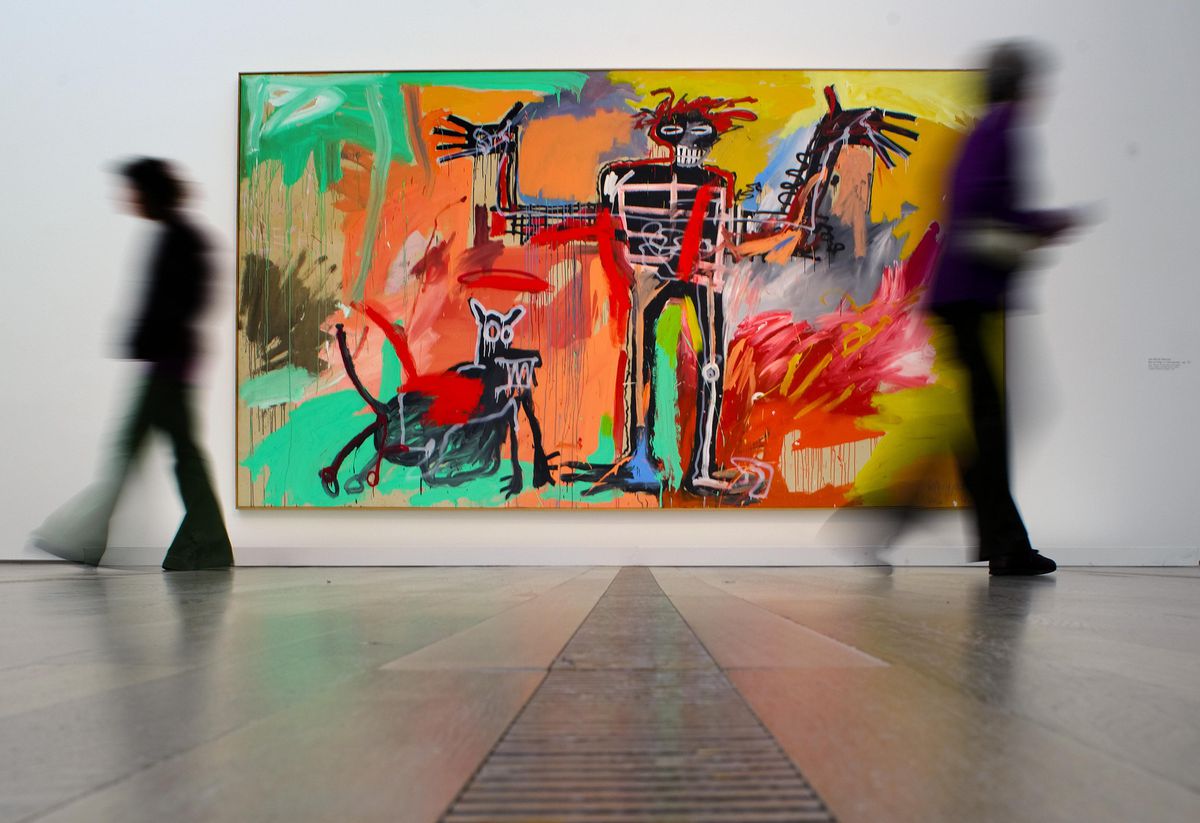 The arts and culture sector contributes hundreds of billions more to the US economy than construction and transportation/warehousing combined. The arts add five times greater value to our economy than the agricultural sector. Yet, a new observational study of artistic professionals in the US raises important questions about the societal barriers artists face to practicing their art.

“I’m very much interested in the economic history of the arts,” says the study’s lead author, Karol Jan Borowiecki. Borowiecki is a professor of business and economics at the University of Southern Denmark. He has a PhD in Economics, a PhD in Economic History and a conviction that economists must study artistic activity in addition to labor markets.

Borowiecki looked at artists in the US across four domains: visual arts, literary arts, performing arts, and music. He used the Index Bio-bibliographicus Notorum Hominum (IBN) to gather data on famous creative professionals in the US from 1850 to 2010. These were creatives deemed note-worthy enough to have biographies written about them. He cross-referenced famous artistic achievers with 160 years of US census data on artists who toiled in obscurity. Together, this data paints a more detailed picture of how artists in America may be shaping society.

“There’s always a lot happening in five or 10 years, you know, economic crises, different political events and so on,” says Borowiecki. “A historical approach covering 160 years of data allows you to diminish the role of single incidents. You get some insight into what direction everything is moving.”

Two themes emerged around geography. First, creatives in each domain cluster together. Authors cluster together, painters cluster, musicians cluster, etc. New York City is home to dense clusters of artists across domains throughout the 160-year analysis. “And second,” says Borowiecki, “the famous ones cluster more than the average ones.” The findings also suggest a possible “positive externality of superstars” where famous artists leave behind a fertile ground for future creative professionals.

There is a positive correlation between cities where artists cluster and cities with top Universities, though this analysis didn’t investigate a causal relationship.

The paper notes: “Certainly the role of education cannot be overlooked, as it is likely at least as important as artistic activity in explaining why these areas are and have been centers of entrepreneurial outcomes.”

Actors are scored the highest with a 40% likelihood of being single.

“Being married or separated, divorced, or widowed, for all these backgrounds, the probability of being a creative, of being an artist, is lower compared to being single,” says Borowiecki. “And this is controlling also for age. Younger people are more likely to be single, but we are controlling for age.”

Writers are older. Although writers tipped the scale in advanced age in the late nineteenth century, they are still the oldest creatives of all four domains.

The probability of being an actor decreases with age. This supports the observation that actors, especially in the movie industry, are predominantly young.

Racial equality has progressed the slowest compared to the overall increase of people taking up artistic occupations. Between 1850 and 2010, the number of Black, Indigenous and people of color (BIPOC) compared to whites in creative professions grew from 2% to 20%. Musicians are the most racially diverse of all the arts.

“It took almost a hundred years for the first nonwhites to have occupations on record as [visual] artists or writers. This may also have to do with nonwhite creatives not being classified as artists,” says Borowiecki, addressing the study’s limitations when analyzing historical data. For instance, In the 1850s Black Americans weren’t surveyed in the census.

Borowiecki includes this caveat in the paper: “Given the fact that some of the most important American art forms are created by African-Americans one needs to be careful of how to interpret the census data.”

Another finding is that Immigrants are more likely to be artists compared with citizens born in the US.

This finding surprised Borowiecki. Previous research shows that women are historically absent from the ranks of famous artists.

“I had expected actually fewer females because much of my research that I have done previously is done on famous individuals, especially famous music composers.” Borowiecki says when you look at the top 500 composers of all-time, it’s all men at the top. “Once we kind of stepped down from the prominent, from the famous artists, then you can observe quite a large share of female creatives and artists.”

Of course, many female creatives throughout history were compelled to assume male names, so this may account for some of the discrepancy.

Family income matters. Coming from a well-off family is correlated with a person becoming an artistic professional. This is not about having a wealthy spouse, as creatives are more likely to be single. The advantage is conferred upon those who come from family money.

Family financial support allows a creative to take up an occupation in the arts with lower earnings and higher uncertainties. “Once you have a sufficient buffer in terms of family income, you can risk entering the artistic domains.”

8. Creatives and the Economy

A 2015 report listed the top 20 startup ecosystems in the world. Ranked top four were San Francisco (Silicon Valley), New York City, Los Angeles and Boston. These ecosystems also happen to be cities with historically concentrated clusters of prolific artists. Wherever artists have set up shop “nowadays we have a vibrant start-up ecosystem,” says Borowiecki. “The causality isn’t established and there could be many mechanisms at play but the positive correlation is interesting.”

What do we do with this information?

Artists are central to economic prosperity. Yet, artists across all domains experience significant barriers to entering creative professions. Some of these barriers are detrimental on a number of levels.

“It keeps certain groups of people away from the arts. And why is this a problem? In the arts, or in creative industries if you want to look wider at the scientific and business relevance, what matters very much for the quality of a creative product is diversity,” says Borowiecki.

Like many of our social problems, it’s hard to find a solution for a problem so entrenched and pervasive. But with time and financial barriers called out specifically, could a universal basic income remove a major roadblock to artistic pursuits?

8 Insights From A 160 Year Study On Artists, Musicians, Actors And Authors