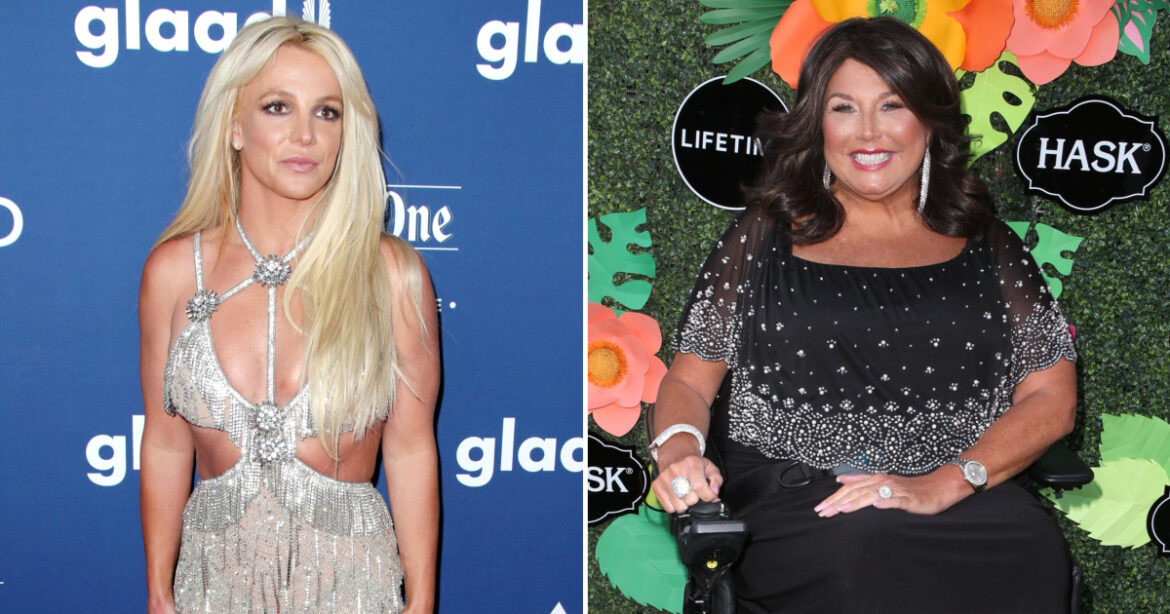 Come for Britney Spears … and her fans will come for you. After Dance Moms alum Abby Lee Miller criticized the pop star’s dancing, her loyal followers defended her.

On March 18, the 39-year-old uploaded a video of herself getting down to India Arie‘s ballad “Ready For Love” when the dance instructor, 55, scolded Britney to “close your rib cage!”

Needless to say, people weren’t thrilled with the unwarranted critique and quickly came to the “Toxic” singer’s defense. “Girl, GTFOH,” one user commented, while another added, “Let the girl dance smh not everyone is trying to dance at a company … anyways, love u Brit.” A third, meanwhile, chimed in, “What a lousy way to get attention, what a leech.” A fourth fumed, “Ab c’mon give her a break, she can’t control anything.”

Others, however, agreed with the former jailbird. “The queen of dance critiquing the queen of pop. I’m so here for this,” while a second said, “Lol omg this is brilliant — I was JUST thinking that!!!! The Queen of Dance has spoken!!”

Britney has been under a controversial conservatorship overseen by her father, Jamie Spears, since February 2008. Following the release of The New York Times‘ documentary Framing Britney Spears, fans and former employees voiced their concerns. Brit’s one-time assistant Felicia Culotta and lawyers involved in her conservatorship made appearances in the film defending the performer’s need for independence.

“Jamie wants to remain as her conservator because he has served in the role for the last 13 years,” a source told Us Weekly following the premiere on February 5. “He doesn’t need the money and could be exploiting her for millions of dollars, but he has never done that.”

Despite the drama, the mom of two — who shares kids Sean Preston and Jayden James with ex-husband Kevin Federline — is leaning on boyfriend Sam Asghari.

“I have always wanted nothing but the best for my better half, and will continue to support her following her dreams and creating the future she wants and deserves,” the personal trainer, 27, told People in February 2020. “I am thankful for all of the love and support she is receiving from her fans all over the world, and I am looking forward to a normal, amazing future together.”

He later followed up that statement with an Instagram Story post in which he shared his unfiltered opinion on the conservatorship battle. “Now it’s important for people to understand that I have no respect for someone trying to control our relationship and constantly throwing obstacles our way. In my opinion, Jamie [Spears] is a total d–k,” he wrote. “I won’t be going into details because I’ve always respected our privacy, but at the same time, I didn’t come to this country to not be able to express my opinion and freedom.”

Demi Lovato Relives Her 2018 Near-Fatal Overdose in New ‘Dancing with the Devil’ Music...

Britney Spears’s father Jamie wants the singer to pay $2 million of his legal...

Chrishell Stause says ‘someone’ deleted her comments on Britney Spears’ post after she supported...