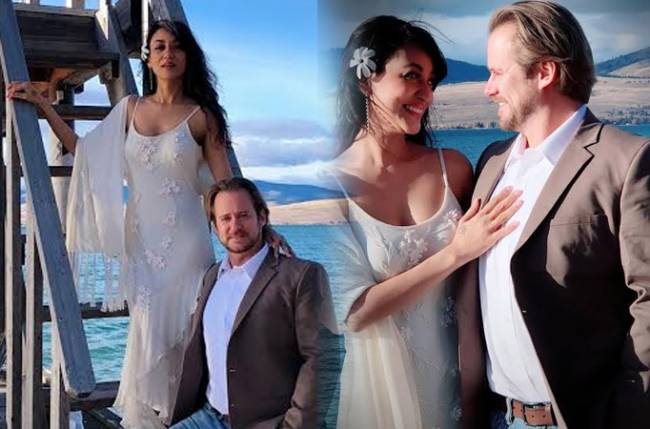 MUMBAI: Bollywood and television actress Vedita Pratap Singh tied the knot with her longtime boyfriend Aaron Edward Sale, a US national. The ceremony which happened in the Lake County Court, in Montana USA was attended by a few family members; due to the ongoing coronavirus pandemic.

The actor, known for films in Hindi like Bhindi Bazaar, The Past, Mumbai 125 km, JD, etc. had not made any prior announcements about her marriage. She was last seen in ‘The Hidden Strike’ a digital film on the surgical strikes by India. Speaking on the occasion she said; “I am thrilled to start our lives together! I thank everyone for the love they have showered on me over the years. We humbly seek your blessings as we embark upon this new journey.”

Originally from Lucknow, Vedita got into the limelight when she won Channel V’s India’s Hottest 2008–09 season. Later she starred in a touring production of Taash Ki Patti, a play by Kadar Khan that was taken around India and also presented in Dubai. A national champion swimmer, Vedita was also seen on various television shows. “I will continue to act and entertain my audience upon returning to India. We are also planning an Indian style wedding after we return to the country. I would like to thank everyone for their support on this big decision of my life” said Vedita as she signed off for the moment.

We love these pictures from the wedding. Here’s wishing the couple all the luck in this wonderful journey together.