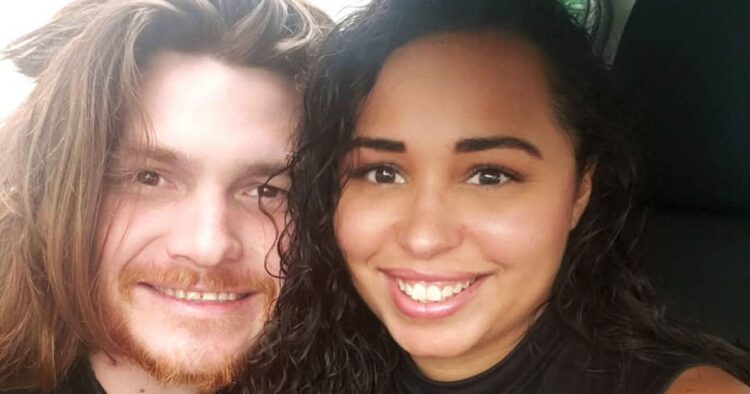 90 Day Fiancé: Happily Ever After? stars Tania Maduro and husband Syngin Colchester haven’t always seen eye to eye and it caused a lot of issues in their marriage that played out during season 5 of the hit TLC spinoff. The couple, who made their debut in season 7 of 90 Day Fiancé, are now appearing on 90 Day Bares All. Keep reading below to find out their relationship status today.

Are Tania and Syngin Still Together?

Even though they went through non-stop drama in various stages of their romance, Tania and Syngin are still together.

The couple even dished about their spicy sex life during the March 28 episode of the spinoff 90 Day Bares All. “I have a thing under the bed where I tie her up. We have whips, we have a couple of pinching objects,” Syngin told cameras about their time between the sheets. “We have a whole little sex box,” Tania added.

Read More: Are Melinda And Marvin Still Together After ‘Too Hot To Handle’? Update

Syngin previously admitted he and his spouse dealt with several “ups and downs” in their relationship during the season 5 tell-all. After their trip to his native country of South Africa, he confessed the “unsurety” about their future together “did creep in.”

Even though they were still facing some obstacles, Syngin confirmed they weren’t ready to throw in the towel on their marriage.

The TV personality said he and Tania were still trying to figure out if they are “meant to be,” because they didn’t want to be toxic for each other.

“If I really didn’t think this was a match, I would have separated,” Tania said. In order to get to a better place, the duo went to marriage counseling to see if they could work out their problems. She revealed they would “re-evaluate” their relationship if their dynamic didn’t start improving.

What Issues Do They Fight Over?

Tania previously said they have a “lot of love” for each other, despite having drastically different points of view sometimes.

As for the “main source” of their conflict, Syngin revealed during the tell-all that it was “miscommunication,” especially because they had different life goals and thoughts on having kids.

Host Shaun Robinson asked if the coronavirus lockdown had any impact on their relationship and Syngin said it did because “being in the house 24/7” made them bicker more often. Tania also discussed his drinking and said it bothered her, however Syngin pointed out he was still responsible and held down a job.

Syngin said in South African culture, they “drink a lot” and he would ultimately not give it up to save his marriage. “I enjoy a cold beer,” the reality star added, noting he loves his wife “the most” but didn’t feel the need to change that about himself.

Is He Working in the United States?

Syngin previously said he was back in Connecticut with Tania, working full-time as a server. The reality star quipped his main job was getting “on Tania’s nerves.”

Tania and Syngin have both shared photos with each other gushing over the fun times they are having together. In March 2021, she uploaded a series of snaps from their trip to California, having visited the iconic Santa Monica pier and more.

RELATED:  Kanye West To Spill The Tea On The Kardashians Now That His Marriage To Kim Kardashian Is Reportedly Over?