Home EntertainmentBollywood Badhai Do Trailer Release: Is it meaningful or another bollywood masala? 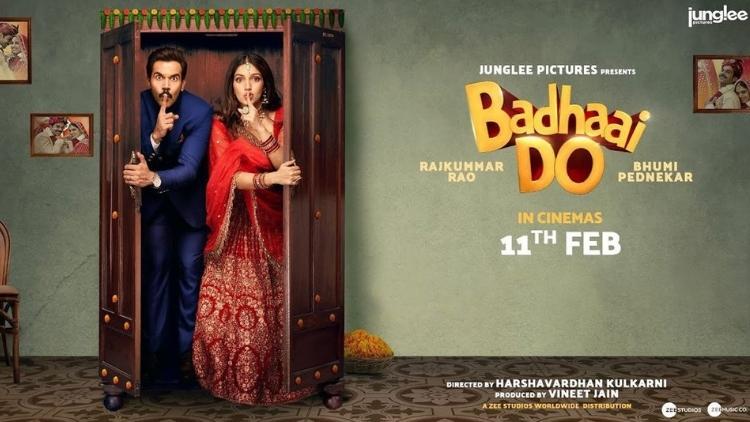 The new movie trailer starring Rajkumar Rao and Bhumi Pednekar has been released on 25th January 2022. The trailer makes it very clear that is a movie about homosexuality and homophobia. The trailer starts with showing that the character of Bhumi Pednekar, Suman Singh as a person who is not interested in marrying because of her homosexuality which she cannot disclose at her home. Rajkumar Rao as Shardul Thakur, a police inspector who is also homosexual. But is bothering Suman for marriage. Suman’s family pressurises her to get married as she is 31 years old already.

Suman teaches in a school as a physical education teacher. Her mother complains that it would have been better if she taught Maths or science because then she can at least take tuitions at home for those subjects. But no one takes physical education seriously and no student needs tuitions for that.

Things take an interesting turn when we get to know that Shardul knows about her homosexuality. Not only that but he wants to marry her just to put up an act in front of their parents so that they are satisfied. They decide to get married and live as roommates while exploring their relationships with their better halves. It gets complicated when their families start to pressurise them to give the ‘good news’. The families expect them to have a child and start inspecting possible reasons for them not trying to have a child.

Is it meaningful or another bollywood masala?

Well, here’s another problematic movie because it depicts a very serious problem with very shallow jokes. The characters decided to hide their homosexuality and get married to people they are not attracted to. Just to avoid conflict and continue the concept of homophobia, they decide to hide their sexualities and put up an act to appease their families. It also shows some very stupid joke about some real sexual problems.

The pressure of having a child just after a marriage is very real and is a private matter to a couple which is also shown in the trailer. This movie is about a taboo topic in India unlike the previous movie, ‘Badhai Ho’ which showed bearing a child at a relatively old age. Although it was not a taboo topic, it was still looked down upon. The movie releases on 11th February in cinemas. It also stars Sheeba Chadda, Seema Pahwa, Lovleen Mishra, Nitesh Pandey and Deepak Arora.