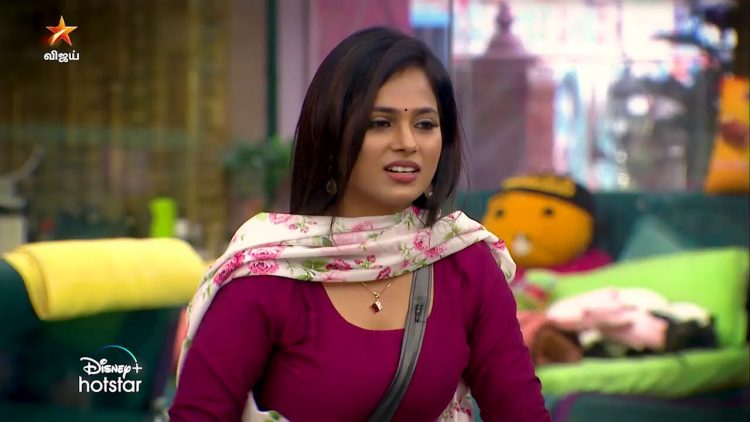 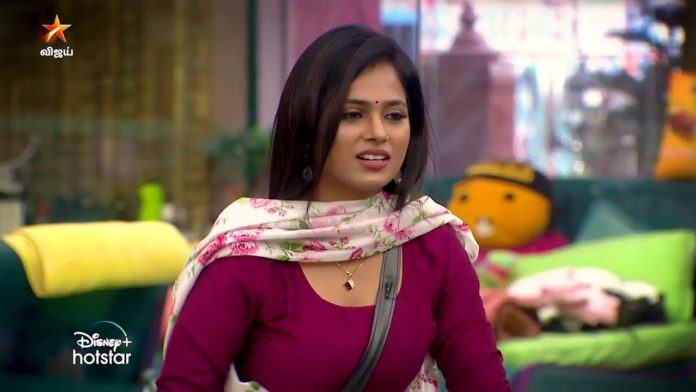 Bigg Boss Tamil season 4 has three more weeks before the finale, and with eight contestants remaining in Bigg Boss house, there might be a double eviction this week. Ramya’s family has entered the Bigg Boss house during the freeze task as this is family week inside Bigg Boss house. Ramya’s brother has hinted about her eviction and informs her that if she gets evicted, that’s not her fault.

Ramya hugs her mother as soon as she sees her and says happily, ‘the battery has come to me.’ When her mother told fellow contestants about Ramya, she said, ‘She doesn’t show her emotion by crying. Then Som Shekar jokingly says that Ramya makes everyone cry, but she won’t cry.

Ramya’s mother then advises everyone to openly speak what is on your mind and not make anyone compliant. At this point, Ramya’s brother hints her about eviction, but he doesn’t give her the reason exactly that Aari’s fans are responsible if she gets evicted this week. Ramya was shocked to know that she is the one with the least votes.