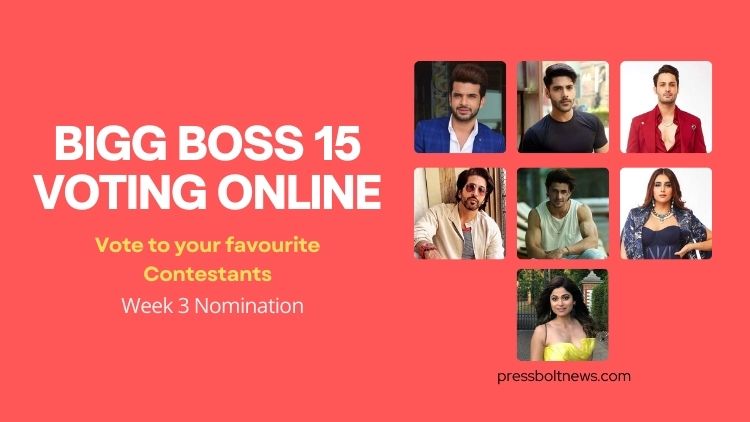 Bigg Boss created an illusion room for the nominated members of the house and gave four of the eight members a chance to enter this room with mutual consent and with this, Bigg Boss also announced that the four members of the house would be in this illusion room. They can secure themselves from nomination, and with this, the member they are nominating will not get that chance to go inside and nominate or secure themselves.

The contestants who went to this illusion room were Shamita Shetty, Karan Kundra and Afsana Khan. Shamita Shetty went first to this room. When Bigg Boss allowed her to nominate someone else by saving herself, Shamita, nominating herself, sprayed red on her face and stated that she wanted everyone to get a chance.

Vote to save your favourite Bigg Boss 15 contestant

For Official voting for Bigg Boss 15 contestants via Voot App is given below.