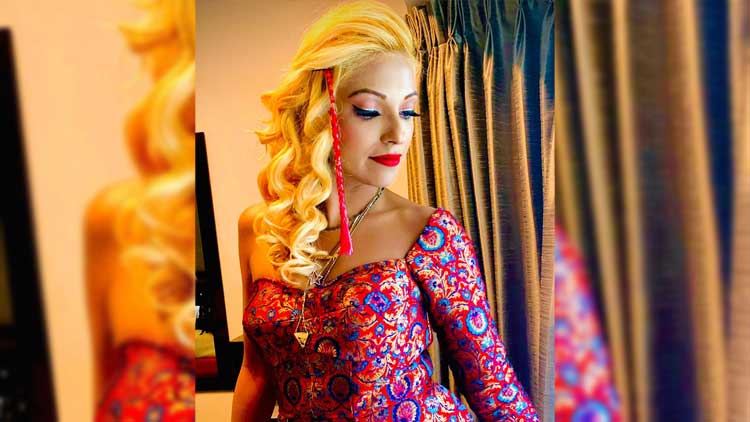 Iykki Berry (Iykya Kamaraj) is now one of the contestants of the Bigg Boss Tamil 5. Iykki Berry (born 11th August 1993) is an Indian singer, songwriter and cosmetic surgeon. She hails from Tamil Nadu. She is also famous for rapping, being a social media star and internet sensation. She has released her several singles and albums which are streaming on YouTube, Spotify, Hungama, etc.

Iykki became an internet celebrity after some of her posts and music videos became viral on social media platform.

Iykki Berry has entered the Bigg Boss house as one of the contestants on grand premier day, 3rd October 2021. Very next day of the grand premier, following the request from the housemates, Iykki rapped Tamil song and impressed everyone.

On the weekend episode, Saturday, 9th October 2021, host Kamal appreciated her for her rapping skills and also for taking efforts to popularize Tamil language. Kamal encouraged her further and said, there is nothing to feel low about our mother tongue, instead we should feel proud.

Iykki along with all the housemates were nominated for the 1st week elimination, but the good thing is that there was no elimination process for the first week.

However, for the 2nd week elimination process, Iykki was also nominated along with other housemates.

Iykki Berry was nominated for the second week elimination process along with the other housemates. In the 2nd week, Iykki was seen in a discussion between Pavani Reddy and Isaivani about the emergence of groupism in the house. Iykki too felt being left alone like Pavani and Isaivani, as per the discussion.

Later, she appeared in discussing strategies of other housemates with Imman Annachi.

However, Iykki Berry was safe from the 2nd week elimination process revealed on Sunday, 17th October 2021, by the host Kamal Haasan.