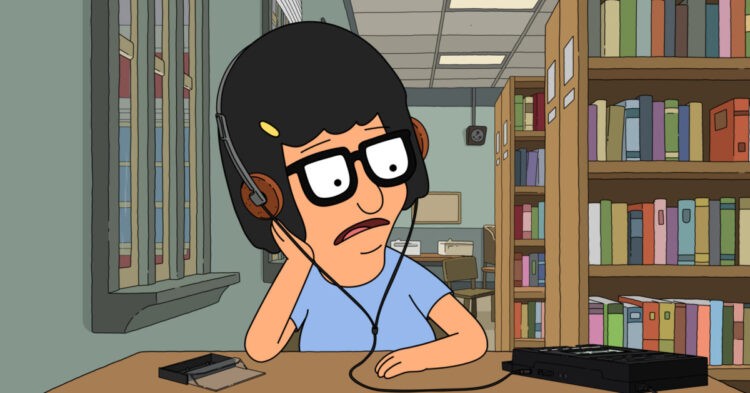 FOX’s Bob’s Burgers found another hilarious way for Tina to find love as an awkward teen in the latest episode for season 11. The possibility of failing her Spanish class has Tina’s teacher requesting her free time at school be spent in the library with some language tapes. The episode involves Louise and Gene attempting to gain back Tina’s attention once her Spanish gets better, but someone else is getting her attention instead. The concept of falling for the voice on a language tape feels all too real and that’s what makes this episode a great Tina-centered one.

There’s something about the way that as a teen we fall in and out of love with things and people that makes what Tina experiences so great.

The voice of Rodrigo, from the Spanish language tapes, is done by Julio Torres, who has written for Saturday Night Live since 2016. From ignoring the obvious moments where the voice speeds over Tina’s responses to the flashes of what Rodrigo looks like in Tina’s eyes, each scene is used well to create a picture of how far in we are. the directors of this episode of Bob’s Burgers, Tony Gennaro and Matthew Long, did well in meshing the storylines together and coming to a satisfying ending that showed great choices by Tina’s character to help her siblings. The writer of this episode, Rich Rinaldi, who has written for the show in the past and The Sarah Silverman Project, has produced some fantastic lines, such as the one about sad little dolls from Linda. Also, the inclusion of Mr. Ambrose’s insane sass towards students is always a great addition to any Bob’s Burgers episode.