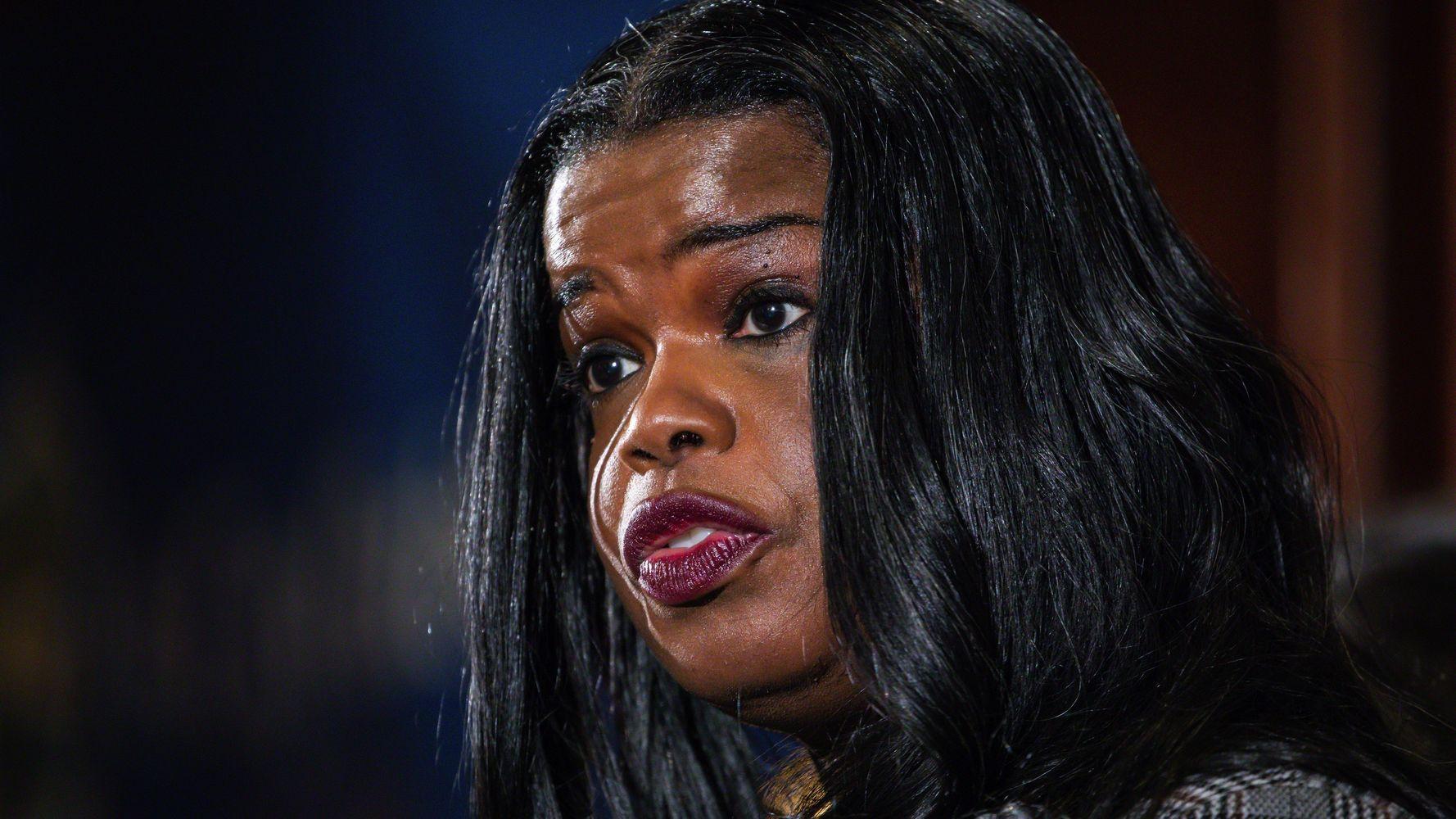 Chicago’s chief prosecutor, Kim Foxx, blasted the city and Mayor Lori Lightfoot on Wednesday for trying to block the public from seeing footage of police officers raiding the wrong home with guns drawn and handcuffing a naked Black woman.

The Cook County state’s attorney spoke out about the February 2019 assault on Anjanette Young and the city’s many steps to conceal the video.

“The audacity that the city calculated its embarrassment over the release of the video, is a clear violation of Ms. Young’s body and autonomy,” Foxx tweeted. “This was a complete and utter dismissal of her humanity. Her humanity was, literally, stripped from her.”

The audacity that the city calculated its embarrassment over the release of the video, is a clear violation of Ms. Young’s body and autonomy. This was a complete and utter dismissal of her humanity. Her humanity was, literally, stripped from her.

WBBM-TV in Chicago released body camera footage on Monday of police barging into Young’s home almost two years ago. The 50-year-old clinical social worker had just finished her shift at the hospital and was getting undressed when a group of male officers knocked down her door with a battering ram and entered with their guns drawn.

In the disturbing footage, Young can be seen fully naked looking scared and confused while being handcuffed. She told the Chicago officers at least 43 times that they had the wrong information and were in the wrong house, but they wouldn’t believe her.

Police were looking for a known felon in his 20s who possessed guns and ammunition, according to the department’s search warrant obtained by WBBM. It was only later that police were convinced by a confidential informant that they were at the wrong address, the news station said.

There’s no evidence that officers independently verified the informant’s claim, and the suspect ― who lived next door to Young ― was wearing an electronic monitoring device that would have made it even easier for police to locate him.

“This disturbing video explicitly illustrates who the victim is, who deserves justice, and who holds the power,” Foxx said. “Let’s be clear, this is her body and this is her trauma. To imagine what Ms. Young experienced at the hands of those who were supposed to protect her is shameful.”

Young tried for nearly two years to obtain footage of the humiliating raid on her home, but the Chicago Police Department initially denied her Freedom of Information Act request. A judge eventually ordered police to release parts of the footage to her after Young filed a FOIA lawsuit.

Hours before WBBM aired the bodycam footage on Monday, Lightfoot’s lawyers filed an emergency motion in federal court to stop the CBS station. The lawyers also wanted to sanction Young, alleging she broke a confidentiality order by sharing the video of her own trauma with a news outlet. The lawyers’ filing, which was denied by a judge, argued that the video would be shared “in a salacious and unfair manner designed to elicit a reactionary response.”

“This is what’s wrong with our criminal justice system, this is why there is a lack of trust,” Foxx tweeted. “I hope that Ms. Young is somehow able to move beyond this with the dignity that she was deprived.”

Lightfoot held a news conference on Wednesday in which she apologized to Young for the February 2019 incident, saying she “was completely and totally appalled” by the video.

“All of that is horrifying to me. If you can hear that my voice is hoarse, it is because I have been unsparing in my comments to all involved in this colossal mess,” the mayor said. “Ms. Young’s dignity, that she and all of us deserve, was taken from her in those moments, and this is simply inexcusable. I’m sorry. What you experienced should never have happened, period.”

Lightfoot has pointed out that the incident happened before she took office. However, the city’s efforts to prevent the footage from being released have happened under her watch. The mayor said Wednesday that she was “blindsided” by her law department’s emergency motion filing attempting to shut down a negative story and would have stopped it had she known. She also leveled a personal attack on a Chicago Tribune reporter who asked about her law department’s filing.

Lightfoot denied at the press conference that the city was trying to withhold the bodycam video from Young, saying she only learned about the incident on Tuesday. But Young’s attorney, Keenan Saulter, said Young filed a FOIA request under her own name on Nov. 1, 2019, and was denied on Nov. 19, 2019.

Anjanette absolutely filed a FOIA request with CPD for the video. She showed it to me last year and I’m looking at it as we speak. @chicagosmayor https://t.co/1Fu4luxycl pic.twitter.com/Z3IpZ97EMD

“In an effort to keep records about their own mistake and callous humiliation of Ms. Young from the public, CPD denied Ms. Young’s FOIA request relying on legal positions that have been repeatedly rejected in prior lawsuits, and later attempted, unsuccessfully, to obtain a prior-restraint injunction against the news media to prohibit publication,” stated Young’s December 2019 FOIA lawsuit obtained Wednesday by HuffPost.

“Ms. Young brings this suit to force CPD to release all of these records under FOIA and seeks a ruling from this Court that CPD’s refusal to release these records was a willful and sanctionable violation of FOIA.”

Chicago police declined to talk about the incident, citing an ongoing investigation with the independent Civilian Office of Police Accountability. COPA launched its investigation nine months after the raid, when WBBM first broke the story.

Saulter told HuffPost that Young “is disappointed” Lightfoot would suggest the city never denied her request to obtain video of police mistreating her.

“The reason provided was that there was an ongoing investigation,” Saulter said. “It has now been 13 months since that denial, and based on our understanding, COPA has not interviewed any of the officers who were involved in this incident. That simply doesn’t seem like transparency.”

Young told WBBM-TV on Wednesday that she voted for Lightfoot, who campaigned heavily on police reform, and wanted accountability for the officers who were supposed to protect her.

She gave one message to the mayor: “I believed in you as a Black woman.”