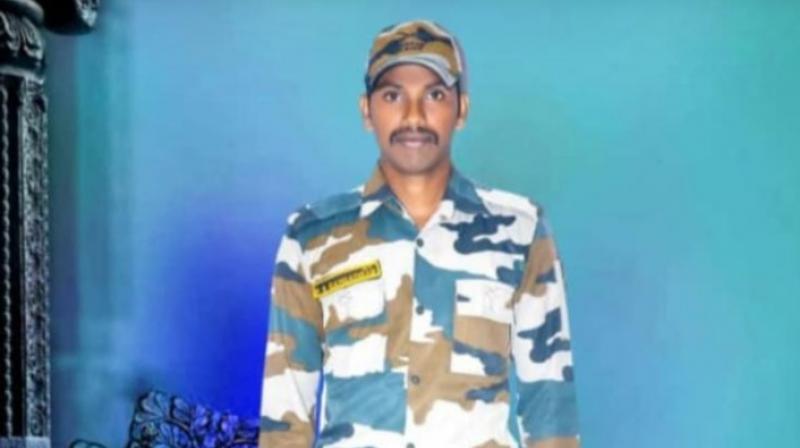 KURNOOL: The body of an Army Jawan killed in Ladakh when a military vehicle fell into the valley there two days ago will be brought to his native place in Guvvulakuntla village in Kothapalli Mandal on Monday.

Twentyeight-year-old P. Shiva Gangadhar was married only recently – November 26 – with a relative Radhika, a native of Somudevulapalli village in Prakasam district. He was expected to come here for Shivaratri and take his wife along with him to Ladakh, said his relative Shankar.

The village plunged into sorrow as information spread about the jawan’s death.

An ITI diploma holder, Gangadhar joined the Army in 2017 as a cleaner and was working at the Lela area of Ladakh. He was the only son of parents Chakali Ramudu and Ramulamma, farm labourers.

After the marriage, Gangadhar returned to Ladakh in the second week of December. “Gangadhar had talked with his wife and parents by phone on Thursday and said he planned to come to Guvvalakuntla this month-end and hoped to take his wife to his place of work,” the relative said.

The mishap occurred around 12.30 pm on Friday. Army officials called up and informed the parents about Gangadhar’s death. “The body of the Jawan will be brought to his native place on Monday,” Atmakur DSP Yerraguntla Shruthi said. As per norms, a police team has visited the village and started making arrangements for his funeral, she added.

Back to Top
Close Add post
X
Disengagement at Pangong lake a significant step forward, India-China in joint statement…IndiaIndia and China "positively appraised" the smooth completion of disengagement of frontline troops in the Pangong Lake area and agreed to continue thei…

Death of jawan in Ladakh mishap

X
India committed to enhance capabilities in defence manufacturing: PM Modi…IndiaIndia had an age-old experience in making arms and military equipment but after Independence, this capacity was not strengthened, Prime Minister Naren…
close