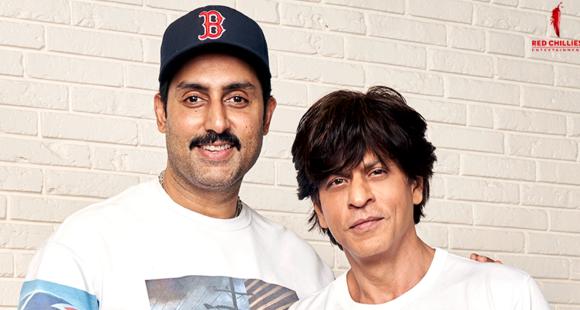 Six years after working together on Farah Khan’s Happy New Year, Shah Rukh Khan and Abhishek Bachchan collaborated once again last year for Diya Annapurna Ghosh’s Bob Biswas. However, this time they collaborated in the capacity of an actor and a producer with SRK backing the film. Abhishek started shooting for the movie in January last year and wrapped it up by February. He reportedly completed the remaining portions in December 2020. Pinkvilla now has a new update on this much awaited film, which is a spin off to Sujoy Ghosh’s 2012 thriller, Kahaani.

A source close to the project has informed us about the release of the film. “Bob Biswas will release in the theatres in summer 2021. The makers are presently eying May and should  lock the final date in a few days. Abhishek and Chitrangada Singh have also completed most of their dubbing for the film, which is presently in the post-production stage.” Major portion of the film has been shot in Kolkata, with Abhishek playing the titular role. Saswata Chatterjee had played Bob in the Vidya Balan starrer 2012 film.

With theatres gradually opening up, filmmakers have started announcing the release dates. Those that are already announced are Salman Khan’s Radhe, John Abraham’s Satyameva Jayate 2, Ajay Devgn’s Maidaan and Shahid Kapoor’s Jersey. Now all eyes are on Sooryavanshi and ‘83’s announcement.

Meanwhile, besides Bob Biswas Abhishek will be seen in The Big Bull this year. He also has Dinesh Vijan’s Dasvi, which rolls from February 22 in Agra. Meanwhile Shah Rukh Khan is busy shooting for Siddharth Anand’s Pathan. This will be followed by Rajkumar Hirani’s next and Atlee’s upcoming action-thriller.