Home General For U.K., an Early Taste of Brexit as Borders Are Sealed

For U.K., an Early Taste of Brexit as Borders Are Sealed 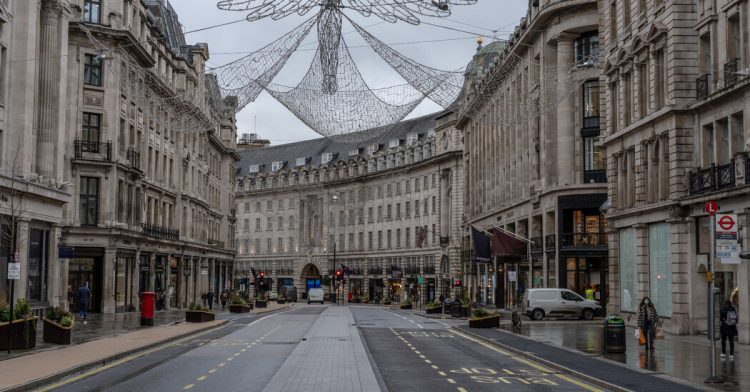 LONDON — Christmas plans were canceled. Many flights off the island were stopped. And lawmakers called for cultivating new plots of land to shore up the nation’s food supply, conjuring images of plates full of root vegetables.

Britain, christened not long ago by a pro-Brexit lawmaker as “Treasure Island” for the riches it offers, earned another moniker on Monday as a new variant of the coronavirus ripped through the country and set off blockades at its borders: Plague Island.

As dozens of nations banned British travelers, choking off some of the most-traveled routes to and from Britain by road, air and sea, Britons raged at the seesawing plans of their own government, which suddenly reimposed a lockdown across much of the country’s southeast, including London, this weekend.

And they lamented having to grapple with a new and potentially more transmissible variant of the virus even as they steeled themselves for the looming chaos of the country’s split with the European Union in 10 days.

“I’ve had better times,” Tom Henderson, a 29-year-old a concert promoter, said understatedly as he recounted canceling a Christmas visit with his family in southern England and watching his industry disintegrate in the pandemic.

On a wet, gray day in London, he said he took solace in his belief that, contrary to the gloomiest predictions, “this isn’t some New Year’s Eve movie where the world is going to end.”

Still, for Britons who were already girding for the country to finalize its messy divorce from the European Union on Dec. 31, the sudden sense of being cut adrift from the bloc — and from the world at large — felt like a bitter taste of what might be to come.

Supermarket giants were warning of fruit and vegetable shortages. Freight trucks were stranded near ports. People trying to leave Britain for their homes elsewhere in Europe before travel bans took effect were in some cases being held up for long stretches at airports.

And while Britain and France were taking steps on Monday to minimize threats to the food supply — about a quarter of all the food eaten in Britain is produced in the European Union — many people in Britain saw the travel ban and port closures as their worst fears about their country’s post-Brexit fate come true.

And sooner than expected.

“Psychologically for me, there was already that barrier in place because of Brexit,” said Russell Hazel, who was ill with the virus for seven weeks earlier this year. “Now, there’s a physical one.”

Mr. Hazel said that a good friend was visiting Spain. Now, he worries about how the friend will make it back home.

The confusion, Mr. Hazel said, feels like a “dry run” for Britain possibly crashing out of the European Union without a deal governing future commercial relations across the English Channel.

After locking down Britain later than other European countries in the spring, a decision that led to one of Europe’s highest per capita death rates from the virus, Mr. Johnson’s government encouraged people over the summer to return to their offices. It even subsidized meals out at restaurants.

That helped set the stage for a resurgence of the virus.

Even so, as recently as Wednesday, Mr. Johnson was pledging to stick with a policy of special allowances for Christmastime travel. Streets in London were thronged with shoppers. And the government took legal action to prevent schools from sending students home early for the holidays in the midst of soaring infections.

That decision was called into question on Monday after scientific advisers to the government said there were signs that children may be more susceptible to the new variant of the virus.

Kelly Merris, who is originally from Australia, said that talking to family and friends there made it clear just how much more recklessly Britain had handled the virus.

“I think the rest of the world looks at us and shakes their head,” said Ms. Merris, who had long ago canceled plans to return to Australia over Christmas. “It’s not a very nice thought to be on a plague island, and that other countries don’t want you.”

Her husband, Aaron McDonald, who is also Australian, said British exceptionalism had taken on a different meaning during the pandemic.

“The U.K. often sees itself as slightly different from the rest of the world and continental Europe,” he said. “Now we’ve distinguished ourselves in a not very good way. It’s very disappointing.”

The British government had begun warning of the new variant days before it changed its policy of so-called amnesty for Christmastime travel, leaving many people frustrated about having to cancel plans at the last minute.

Others had more urgent worries, like whether an older relative they could no longer visit would be able to make new arrangements for food deliveries or at-home care over the holidays.

But some Britons said the cascading travel bans were partly the price Britain paid for its yearslong effort to separate from the European Union.

“If you ask for Brexit, this is what you get,” said Suraya Klein-Smith, as she waited in line at a butcher on Monday. “Why should the Europeans have any sort of empathy or deals for us?”

An airline flight attendant who has watched many of her friends lose their jobs this year, Ms. Klein-Smith said she sympathized with the Londoners who scrambled to leave the city on Saturday, shortly after Mr. Johnson told people to stay at home. She said many people, having already taken precautions by self-isolating, were desperate to see their families.

But the government itself deserves no sympathy, she said, adding that she hoped Mr. Johnson would resign by January.

“They made sure people spent their money in the shops, prepared, got train tickets,” she said. “Canceling it at the last minute is just shambolic.”

Some Londoners said the worries over the new variant had only confirmed what they already knew: People had been socializing far too much lately to make trips home for Christmas safe.

“We were all far too socially occupied in the last few weeks,” said Bruce McCombie, who has not seen his family in Scotland for a year and who canceled a planned visit home. “It wasn’t sensible.”

Piers Storey, a teacher, laughed hollowly when he was asked about European countries’ decision to cut off travel from Britain.

“What can you say?” he said. “Nothing feels as isolating as Brexit.”