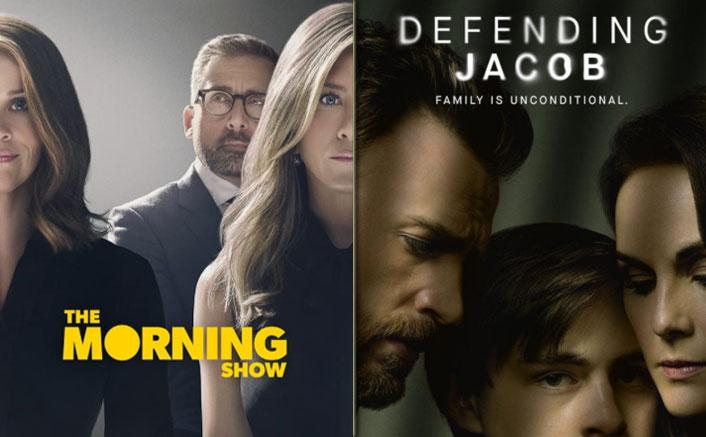 Apple launched its streaming service in November 2019 with some high profile shows like The Morning Show with Jennifer Aniston and Reese Witherspoon, Jason Momosa’s See and Hailee Steinfeld’s Dickinson. Since then, we get to watch many quality shows on the platform. In today’s article, we will be discussing 5 shows on the streaming platform that are a must-watch.

The drama series features behind the seasons of a morning TV news show. The biggest motivation for me to watch the show was that it is Jennifer Aniston’s first series after playing Rachel Green in Friends. The show also stars Reese Witherspoon and Steve Carell as the journalistic drama unfolds.

Defending Jacob starring Chris Evans is a miniseries based on 2012’s crime drama novel of the same name by William Landay. It’s the story of a family who is defending their 14 years old son from being accused of killing his fellow classmate. The series also stars Michelle Dockery, Jaeden Martell, Cherry Jones, Pablo Schreiber, Betty Gabriel and Sakina Jaffrey. If you are someone who enjoys jaw-dropping crime dramas, this series is for you.

Created by Ronald D. Moore, For All Mankind, is an alternate history story featuring the Soviet Union winning the race to send a man on the moon in 1969. As a result, NASA decides to recruit more women and minorities to the US space program. The show enjoys IMDB rating of 7.6 and a second season is also in works.

Emily Dickinson needs no introduction. The American poet inspired many writers for decades. The fiction show features the journey of Emily’s early life. However, Hailee Steinfeld’s Emily and her friends act more like modern-day teenagers which is historically incorrect but entertaining to watch. A second season was ordered in October 2019, and a third season was ordered in October 2020 prior to the second season’s release

Well, which of the above-mentioned shows you have already watched on Apple TV and what are your recommendations to our readers? Do let us know via comments and stay tuned to Koimoi for more updates.