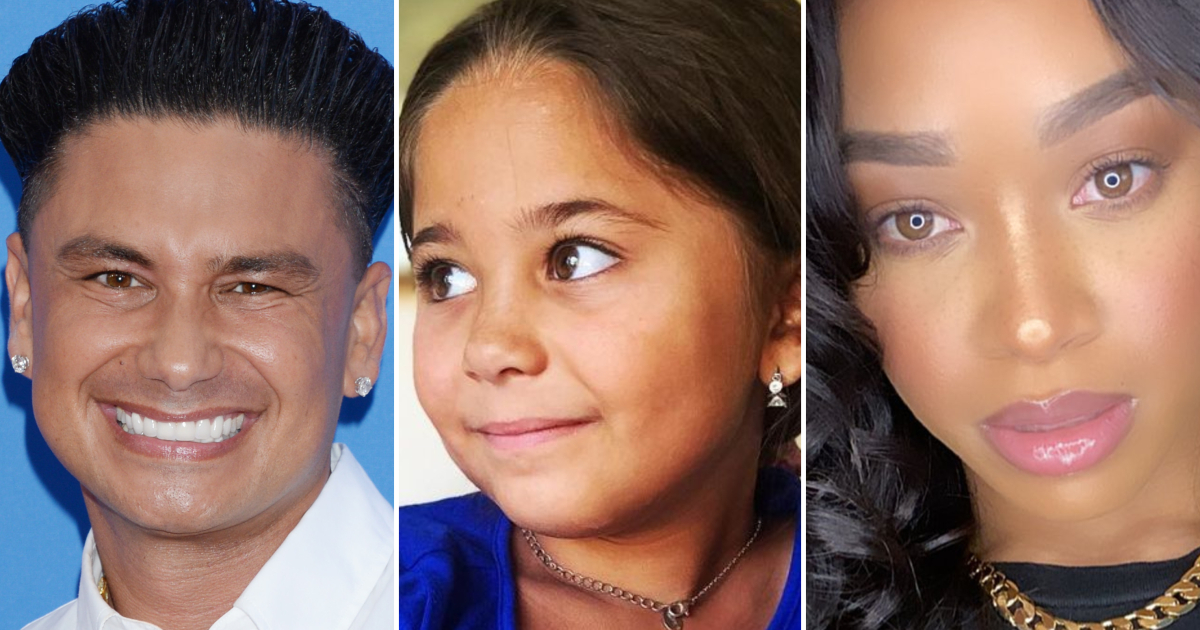 The dad of one — who shares the 7-year-old with Amanda Markert — has been seeing his Double Shot at Love costar since they wrapped season 2 of the MTV dating show. Their relationship got particularly serious after they decided to quarantine together when the COVID-19 pandemic hit the U.S. in March.

On the season 4 premiere of Jersey Shore: Family Vacation, the DJ broke the news of his new relationship to his longtime roomies during a cast dinner over Zoom.

“We haven’t killed each other yet!” Pauly joked. “I’ve never spent so much time with one person in my life.”

“Through this pandemic, I’m full of surprises — I grew myself, I grew a beard and I got a girlfriend,” said Pauly. “Nikki and I, we left Double Shot with a connection, and we rebuilt that connection on Double Shot 2. It’s pretty crazy how my relationship has grown. This whole quarantine thing has been a blessing and a curse. It pulled tour away from me, but it brought me closer together with my relationship with Nikki.”

Added Vinny Guadagnino: “2020 is officially the craziest year ever — Pauly has an actual boo.”

The reality star first revealed he had a daughter back in October 2013 — and since then, fans have gotten to see her grow up. Pauly officially introduced his followers to his baby girl in January 2014, sharing a photo as they played pretend with a plastic tea set.

These days, The Pauly D Project alum says his mini-me definitely takes after him. “She’s like me, she’s a little prank war champion,” he previously told In Touch. “She hides everyone’s phones. She hides everyone’s things. You know, she’s funny. She is. She, I mean, she makes me laugh.”

As for whether Nikki is “The One?” Pauly tells In Touch he “hopes so,” adding that they’re “taking it slow.”

Back to Top
Close Add post
X
Kelly Dodd Explains RHOC Low Ratings, Compliments Vicki Gunvalson…GossipsKelly Dodd is speaking out about the recent drop in ratings on the 15th season of The Real Housewives of Orange County. While offering her former co-s…