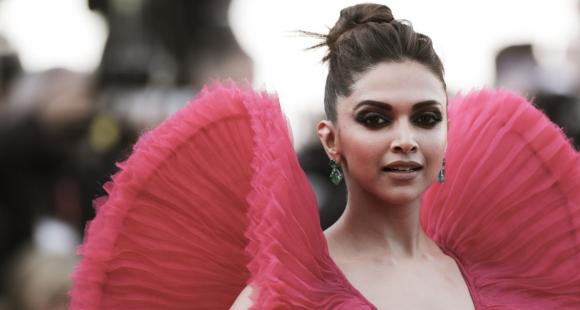 On Deepika Padukone’s 35th birthday, we took a step back to look at the actress’ triumphs apart from her terrific performances under the spotlight.

Over the years, the Hindi film industry has seen a massive change in the treatment of leading ladies in films as well as the kind of roles written for them. Today, actresses are much more vocal about the industry and its practices than they ever were and one of them is Deepika Padukone who has openly acknowledged the wide gap between male and female actors. While the actress doesn”t really require an introduction, Deepika’s terrific performance on the silver screen have entertained audiences of all generations.

From Shanti Priya to Piku Banerjee to Rani Padmavati, the actress has enthralled her fans ever since she made her first appearance in a Hindi film opposite Shah Rukh Khan in Om Shanti Om. Today, Deepika is not only one of the top actors in the Hindi film industry but is also one of the highest paid. From featuring on Variety’s most impactful women in the world to Times’ 100 most influential people in the world, Deepika has raised the bar only higher. And today, on her 35th birthday we decided to take a look at some of the great work she has been dabbling in apart from acting. Take a look:

While actor Anushka Sharma is now a well-known producer, it was only in 2020 that Deepika Padukone donned the hat of a producer. The birthday girl turned producer with her film Chhapaak which was helmed by Meghana Gulzar. While she has not developed it into a full-fledged production house and is taking baby steps, the actress has named it Ka. In an interview with Filmfare she once revealed what prompted her to back a film.

She had said, “The subject of the film. I want to enable films that need either a platform, a push or a voice. The Laxmi Aggarwal film felt like the right one to start with. I’m not sure what I’ll produce next. I don’t have a production house. This was one of those films that I related to and there was room to back it.” As for Deepika’s entrepreneurial dreams, the actress is the brand ambassador of several brands but had even started her own fashion line. However, the brand doesn’t find a mention on her website anymore.

Deepika Padukone began the dialogue around mental health back in 2015 after she was diagnosed with depression and was treated for the same. The actress has openly spoken about her challenges and even spoken about the lack of mental health awareness in India. Her efforts have been recognised all over and the actress now even runs the The Live Love Laugh Foundation (TLLLF). During the promotions of Chhapaak, Deepika had even exclusively told Pinkvilla that maintaining her mental health is an every day thing just like her physical health. The ‘Cocktail’ actress has even come up with innovative ways like her closet sale to make people aware about the TLLLF. Deepika’s work was also acknowledged by the World Economic Forum.

Bollywood’s leading ladies have broken several stereotypes over the last few years. From not taking a step back from acting after getting married to demanding equal pay, several actresses have made their voice heard. One of them is Deepika Padukone who was the highest paid actor in Sanjay Leela Bhansali’s Padmaavat. While she is one of the highest paid actors in showbiz, Deepika also delivers several blockbusters.

When asked about earning more than her male co-stars, Deepika told Filmfare, “I’m confident enough to say no to a film, an endorsement or even an appearance. I’m not doing this for me. I’m doing this because I’d like to pave the way for the generations that’ll follow. Someone has to take this head on. I’m happy to do that.”

In the same interview, the actress had also said that she would never settle for less. “I don’t want a penny if the money is going to the film. But I’ll not settle for being paid less because they need to compensate for the male actor. If you’re going to say that don’t charge so much because we want Ranbir Kapoor in the film and we’ve got to pay him, then I’m not okay with it. I’ll then demand an equal amount,” Deepika had told the magazine adding that marriage will not affect the choice of films she makes.

It has been two years since Deepika’s magical wedding to Ranveer Singh and the actress has faced pregnancy questions on multiple occasions. But Deepika’s savage answer to a reporter has been enough to shut it all, “You tell me when to plan and we shall do it accordingly.”