Home News His plane crashed in the Amazon. Then came the hard part.

His plane crashed in the Amazon. Then came the hard part. 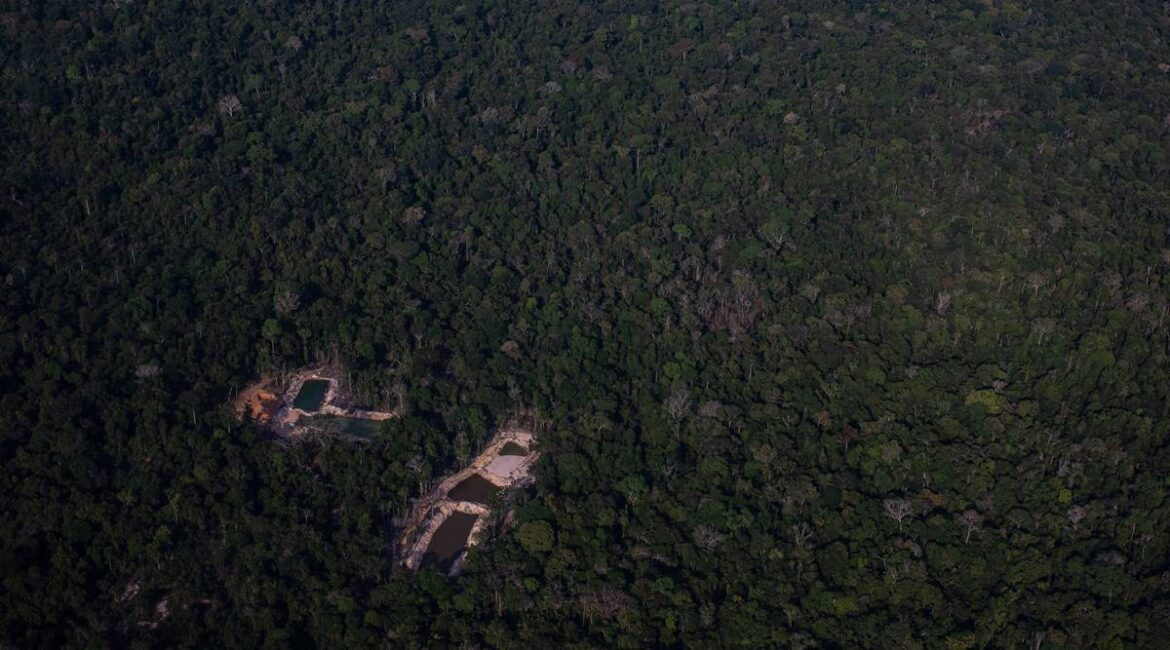 The pilot was 3,000 feet over the Amazon, flying a small propeller plane on his maiden assignment for wildcat miners deep in the forest, when the lone engine cut out.

He took a deep breath and scanned the vast emerald green canopy below. He had about five minutes, he calculated, to bring down the plane and its highly flammable cargo: 160 gallons of diesel fuel.

He reported his imminent crash over a portable radio to whoever might be listening, noting that he was about halfway to his destination, a mine known as California.

Then, as his plane barreled down, the pilot, Antônio Sena aimed for a small valley lined with palm trees. 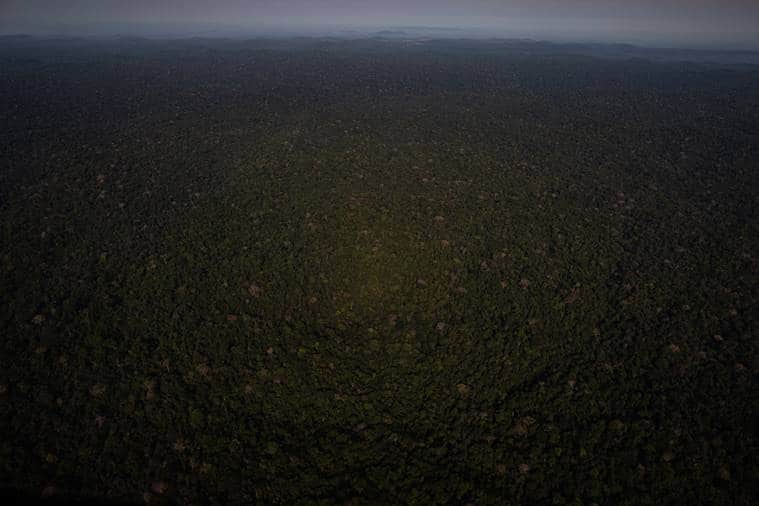 “There!” he recalled thinking. “Palm trees mean there is water, perhaps a river.”

Since becoming a pilot nine years earlier, Sena had heard countless stories about fatal crashes. But while his plane scraped a few trees and then smashed into the ground, Sena realized something exhilarating as he rolled to a halt: He had survived.

He grabbed a pocketknife, a flashlight, a couple of lighters and a phone with little juice in the battery and scrambled away from the aircraft. Moments later, it burst into flames. Then he settled down to wait for his rescue.

It was a long wait.

At first, Sena recounted in a phone interview last week, he camped out next to remains of the 48-year-old Cessna 210L, figuring it was his best chance of being spotted. And search pilots did, in fact, circle the area for several days — and then kept going.

“They flew right over but couldn’t see me,” Sena said.

He waved and screamed each time he heard the thud of propellers but to no avail.

Giving up his hopes of being rescued near the wreckage, Sena embarked on what turned out to be a 17-mile trek through the rainforest, home to jaguars, venomous insects and anacondas.

Thirty-six days later, on March 6, he emerged to tell a story that has transfixed Brazilians — a rare piece of uplifting news for a nation badly in need of it after a year of being battered by the COVID-19 crisis.

His account, though, also put a spotlight on Brazil’s illegal mining industry, which has flourished in recent decades in Indigenous territories and other parts of the Amazon that are supposed to be sanctuaries. The illegal mine where he was headed is in the Maicuru reserve, where no human activities are allowed beyond those meant to protect the forest.

Sena’s ordeal began Jan. 28 at a small airstrip in Pará state. His task, he said, was to ferry diesel fuel for miners in a remote region where they had built a makeshift landing strip.

It was work he took only reluctantly, he said. Flying gigs had become scarce during the pandemic, and a small bar he ran in his native city, Santarém, was providing little income.

“I had to let go of my own standards to try to support myself through this tough period,” he said, noting the working conditions were very unsafe. “I would never fly for wildcat mining again.”

After his plane crashed, when it became clear that help was not going to come from the sky, Sena, 36, started walking.

He turned on his dying phone one final time to launch a geolocation app and then, looking at the map, decided to head in the direction of the Paru River, some 60 miles away. It was the closest area he knew to be inhabited.

For days, Sena walked only in the morning, using the sun’s position to head eastward toward the river. After slogging through swamps and ducking under vines for hours, he would stop in the afternoon to set up a campsite, using palm trees and branches to shelter him from the rain.

Sena knew that predators usually hunt near the water, where prey is abundant. So he slept on hills. But he was frequently besieged by packs of spider monkeys, which tried to destroy his precarious shelters.

“They are very territorial,” he said. “I never want to cross their path again.”

The monkeys, however, were a godsend. After watching them eat a small, bright pink fruit called breu, Sena assumed it was safe for human consumption, and it became his main source of sustenance. Besides that, he ate three small blue eggs from inambu birds, and little else.

One afternoon about four weeks after the crash, when he had gone three days without eating, a buzzing noise stopped him in his tracks. Chain saw!

Sena was thrilled, almost euphoric, he said, but decided it was wisest to stop there for the night. He feared he might get lost trying to locate the source of the sound as night fell.

“God, make them use this chain saw again,” he remembered praying before lying down to sleep.

The next morning, he heard it again, but only briefly. So he kept walking east, his sights set on the river. That afternoon, he saw a tarpaulin and then a man cracking nuts besides it.

Sena had stumbled into the campsite of Brazil nut collectors.

The group, led by Maria Jorge dos Santos Tavares, 67, had not collected nuts in that part of the rainforest for three years.

But Santos Tavares’ husband died in the pandemic, and as the family mourned, their debts grew. Under mounting financial pressure, they began searching deeper into the forest for nuts.

By the time Santos Tavares encountered Sena, he had lost 55 pounds. So even before using the radio to call her daughter Mirian, who lives in a town, and asking her to contact the pilot’s mother, she fed him and gave him shelter.

At first, Mirian said, she had trouble convincing Sena’s family that he was still alive. Then she told of her own family’s struggles.

“We lost a life, and you gained one,” she remembers telling one of Sena’s relatives. “I suppose that’s the way God wanted it.”

After delivering Sena to a police helicopter, Santos Tavares returned to the forest, where she intends to spend the next month collecting nuts.

Reflecting on his ordeal, Sena said he walked away with a newfound appreciation for the rainforest, which is being razed every day by the illegal miners he briefly worked for.

“If I had fallen somewhere in a deserted plantation site, I wouldn’t have water, shelter, or what to eat,” he said. “The Amazon is so rich.”