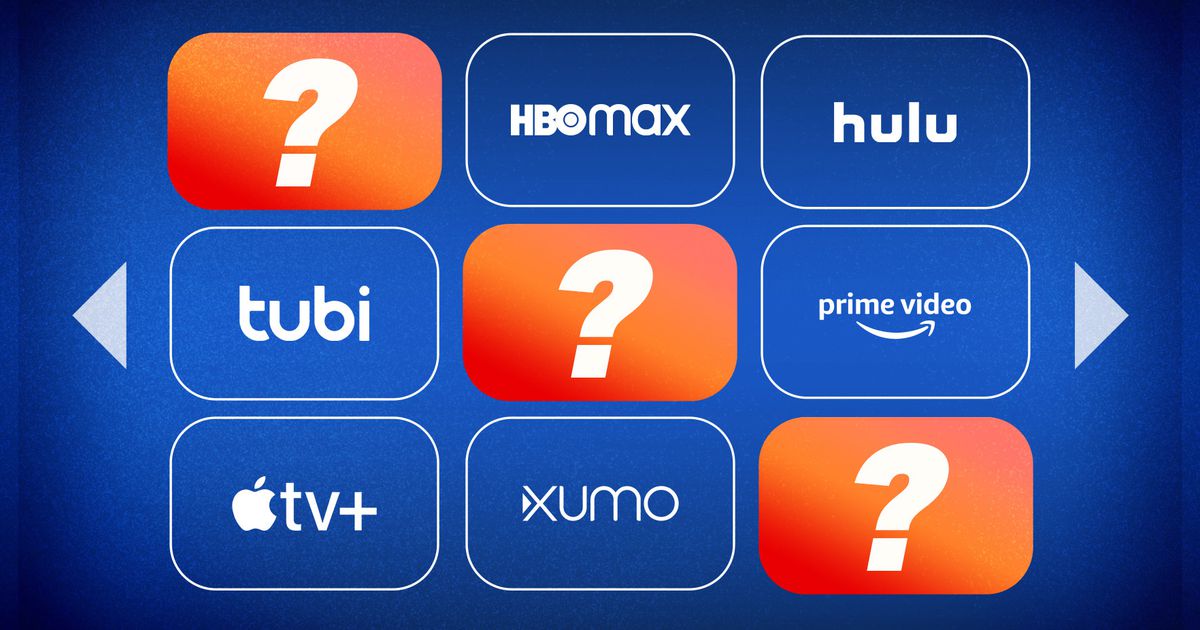 For every household streamer — Netflix, Hulu, Disney Plus — there are a dozen that few users would likely recognize. How many people can explain what Xumo, Tubi, Vudu, and Pluto TV are? How about Acorn TV, Ovid, and Popcornflix?

But all of these obscure services may play a vital role in how the streaming business looks in the future — or at least media conglomerates believe that enough to spend hundreds of millions to billions to acquire them.

But these numbers aren’t exactly meaningful in a world where Netflix boasts 203 million global subscribers. Instead, some companies see owning a portfolio of these smaller streamers as a way to compete indirectly with larger platforms. Crunchyroll was owned by WarnerMedia (which also owns HBO Max) until recently, when it was sold to Sony for $1.175 billion. (The sale has not closed yet at the time of this writing.) Shudder is owned by AMC Networks, and BritBox is co-owned by BBC and ITV. They’ve become niche plays for sizable audiences.

potential growth is key — not every niche streamer has it

If Netflix and Amazon Prime Video want a massive, general audience, their bet is that people will pay for more specific genres of stuff (or endure ads) to watch. Want nothing but wrestling content? WWE has a streamer. The Criterion Channel indulges cinephiles, while Boomerang hosts nothing but old-school cartoons. The idea is that there’s a specific streamer for everyone, and executives operate under the assumption that there’s just enough of a hungry audience to turn those niche interests into recurring revenue.

“What we’ve seen over the years is that there has always been a home for content that caters to a particular area of interest,” Alden Budill, head of global partnerships and content strategy at Crunchyroll, tells The Verge. “Our user base craves community inclusion in one place, and we really think that we have an opportunity to be that place.”

Crunchyroll was started in 2006 by a group of Berkeley grads as a place to host anime clips and provide a place for anime fans to congregate. It caught on quick. The more lucrative anime’s budding viewership in the United States became, the more attention it drew from larger organizations.

By 2017, Crunchyroll had more than 1 million paying subscribers. In 2018, AT&T bought all of Otter Media, including Crunchyroll, and rolled it into its new WarnerMedia division. The platform gained more than 2 million paid subscribers in that time, reiterating to WarnerMedia executives that anime was a massive potential growth area.

That potential growth is key — not every niche streamer has it. When AT&T acquired Otter Media alongside its Time Warner acquisition in 2018, the telecom giant shuttered a number of niche streamers. Korean drama streaming service DramaFever was shuttered, as was the art house-focused FilmStruck, with most of its library moved over to HBO Max. If the goal of streamers is to bring in and keep subscribers, finding niche genres of content that have ample opportunities to grow is crucial. Anime is a well-established and popular form of entertainment that Crunchyroll proved can continue to build an audience. It’s less clear if a service dedicated to K-dramas can do the same.

“Whether it’s a 24/7 cable channel that’s dedicated to cooking, a mobile app that is dedicated to Pac 12 Sports scores, or a streaming service that is dedicated to anime, I wholeheartedly believe that there will continue to be an appetite for and a format for that kind of focused, deep dive-type of experience,” Budill says. “It’s what fans want. It’s how you get it.”

Figuring out the formula for a niche streamer or advertisement-supported platform’s worth comes down to its purpose. Fox bought Tubi (an ad-supported, free movie streaming service) for nearly $500 million because it wanted a streamer to carry its titles in an effort to grow its audience, alongside other licensed series and films, while selling better targeted advertising compared to its cable division. AMC effectively bought Acorn TV (a subscription service that carries British television shows and films) for $65 million because its CEO, Josh Sapan, believes it can grow to more than 10 million subscribers. WarnerMedia sold Crunchyroll to Sony likely because executives believe licensing certain titles is the more cost-effective way of providing anime to HBO Max subscribers without having to pay for the entire operation.

Certain bets on niche streamers are working. Crunchyroll, Shudder, BritBox, Acorn TV, and WWE Network are finding their audiences and continuously hitting subscriber milestones. But as more giant companies try to find ways to pivot to streaming, either launching their own or acquiring services with already impressive followings, is there still a place for niche independent streamers?

One example of continued independent perseverance in the face of an industry swept up by consolidation is Mubi. The European-based streamer has remained independent over the last 13 years, finding success by leaning into areas that gigantic entertainment streamers don’t. While Netflix spends about $90 per subscriber on content (the streamer notably has annual content budgets north of $15 billion, and in 2020, it would have reached $18.5 billion if not for the pandemic), Mubi spends about $18 per customer, according to Mubi CEO Efe Cakarel. Mubi can exist with a smaller subscriber base because it offers a smaller library — just 30 movies at any given time. Not having a massive selection suddenly becomes its appeal; Mubi is tightly curated, rather than being an ocean of content.

streaming services are a dime and dozen, and many of them won’t survive

Mubi isn’t the only streamer leaning into catering to a smaller, specific audience to stay afloat and succeed. Kweli TV is a streaming service dedicated to carrying films by and about Black people. In August 2020, CEO DeShuna Spencer told Melan Magazine that it grew from 2,000 to 35,000 paid subscribers in under two years. Like Mubi, Kweli TV offers exclusives and a curated library built around directors. FloSports has more than 500,000 subscribers (avid fans of cycling, rowing, and other non-major sports) across its 25 channels, according to Bloomberg.

People subscribe to the platform to watch specific things, a different experience than signing up for Netflix to peruse a huge catalog. The best way to compete with the giants is by simply finding the places where they are too big to compete. Still, streaming services are a dime and dozen, and many of them won’t survive.

Like many stories out of Silicon Valley over the last several years, it’s David versus Goliath — or at least, David gets acquired by Goliath. Smaller companies doing clever things for an engaged audience are being swallowed up by bigger conglomerates. AT&T did the same thing with Otter Media and Crunchyroll before selling it off to Sony Pictures, whose executives also saw a way it could fit into the greater Sony ecosystem. AMC bought Acorn TV, Fox bought Tubi, Comcast bought Xumo and purchased Vudu from Walmart, ViacomCBS bought Pluto TV, and Sony Pictures bought a Christian streaming service called Pure Flix. This morning, NBCUniversal’s announced its service, Peacock, would be the new “exclusive home” for WWE Network content.

One study from August 2020 found that nearly half of US households subscribe to three or four video streaming entertainment platforms, which means there’s space in the market for niche streaming platforms to find their footing with smaller, specific libraries for smaller, specific audiences — but only if they don’t get swallowed up by media conglomerates first.

Disclosure: Comcast, which owns NBCUniversal, is also an investor in Vox Media, The Verge’s parent company.

How many of these obscure streaming services have you heard of?