Home SportsCricket India vs England 2021: Virat Kohli Will Be Desperate To Make A Point With Bat And As The Captain – Nick Knight

India vs England 2021: Virat Kohli Will Be Desperate To Make A Point With Bat And As The Captain – Nick Knight 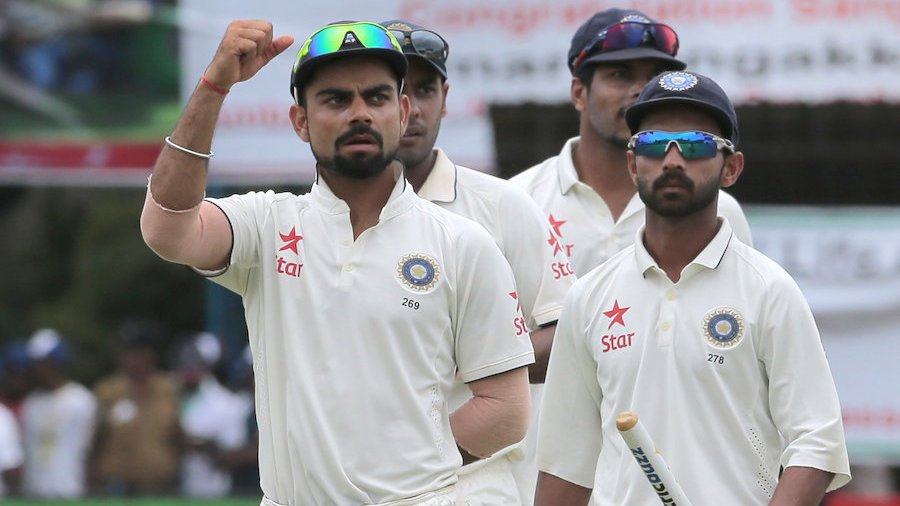 Former England opener, Nick Knight opines that Virat Kohli will have to once again remind people of his prowess as a batsman and as a leader of the Indian team in the 4-match Test series against England commencing Friday in Chennai.

Virat Kohli went the entire 2020 – covid-curtailed though – without a single international hundred, his first such year since his debut year in 2008. Virat Kohli as a captain is also under the scanner after Ajinkya Rahane led Team India to a memorable comeback Test series victory in Australia.

Hence, Nick Knight believes that the 32-year-old Indian skipper will be itching to take the field and shut all his detractors. Against England, Virat Kohli has made huge strides after his horror tour in 2014 – the right-hander accumulated 655 runs at home and 593 away runs in his last two Test series versus the Three Lions.

“Virat Kohli coming back into the side, and a change of captaincy. I think what he’s done for the side has been immense. The fighting spirit, the character that’s been brought into the team unit. But he’ll come back and he’ll be desperate to make his own point with the bat and the captaincy as well,” Nick Knight said on the YouTube channel ‘Cricket Fables’.

India needs to focus on the present, not live in the past memories in Brisbane: Nick Knight

Nick Knight reckons the hosts should focus on playing the England team now and sit back and hold on to the memories of the Gabba victory. Despite India’s nigh-invincible home record – one Test match loss since 2013 – and a historic triumph in Australia, the 51-year-old says that Kohli and co. needs to be at their best against Joe Root’s team who are coming off a 2-0 whitewash over Sri Lanka in Sri Lanka and are on a 4 Test series winning streak.

“That day in Chennai, if you’re not quite on it and your mind isn’t quite there and if you’re still thinking about the open-top bus, and that brilliant last day at the Gabba, England are a good side and they are going to get ahead of the game. So I think that’s the challenge for India. If they’re even slightly reliving what happened a week or two ago, on that first day in Chennai, [it’s] England’s best chance,” Nick Knight added.