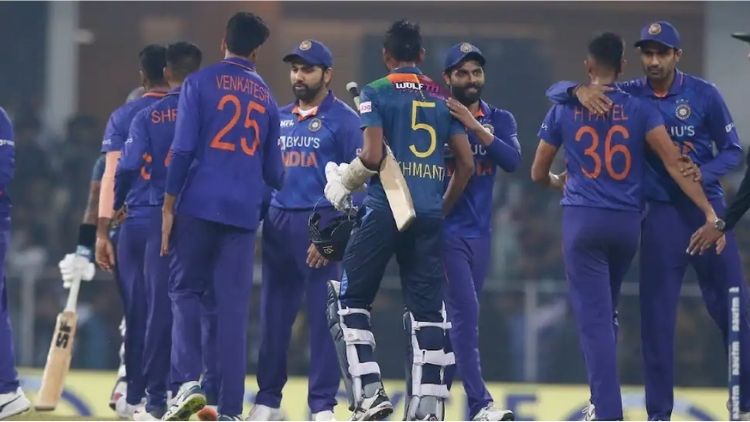 The hosts won the second T20I against Sri Lanka which was held on Saturday, 26 February and with this Team India has won the three match T20I with a lead of 2-0.

Shreyas Iyer continued his form and scored an unbeaten 74 off 44 balls along with the all rounder Ravindra Jadeja who scored blazing 45 not out off 18 balls. For his outstanding knock Shreyas Iyer received the Man of the Match award.

Sri Lanka posted a high score of 183 with loss of 5 wickets, with brilliant innings of Sri Lankan captain Dasun Shanaka who scored 47 runs in just 19 balls with 2 fours and 5 sixes, and Pathum Nissanka scored 75 off 53 balls.

India lost Rohit Sharma early in the first over of the second innings and Ishan Kishan got out at 16 after getting a good start. Talented batsman Sanju Samson contributed 39 runs of 25 balls.

While bowling first Indian bowlers Jasprit Bumrah and Bhuvneshwar Kumar made good use of the moisture in the surface. And Chahal with his spin bowling kept the visitors from scoring big runs. But the Sri Lankan batsman counter-attacked at last and scored 23 off the last over.

Winning 11th match straight in T20I’s Rohit Sharma shows his excellent captaincy and yet again impressed us all with his captaincy. India has sealed the series with a lead of 2-0 before the third T20I.