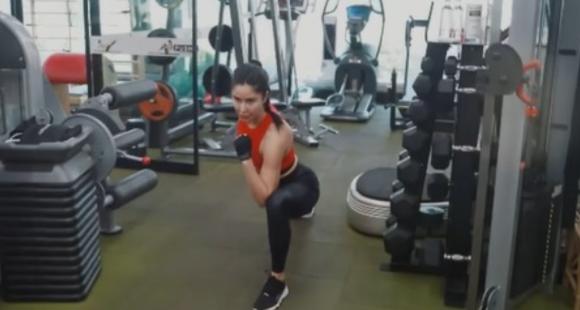 Katrina Kaif, who was last seen in Bharat opposite Salman Khan, has shared a reels video of her. She is seen working in the gym.

Katrina Kaif sweats it out in the gym as she begins her journey in ‘learning new things’; Says ‘Let it happen’

Katrina Kaif infectious smile always steal her fans” heart. The actress always treats her fans with lovely pictures and updates about her life. It’s been a long time that she is seen in any film. She was last seen in Bharat opposite Salman Khan. The film was hit at the box office especially the songs. She will be next seen in Tiger 3 opposite Salman Khan. Tiger 3 will be the third film from the franchise. But today the actress dropped a video of her where she is seen sweating out in the gym.

Taking it to her official Instagram reels, Katrina Kaif mentioned, “Learning new things, finding my flow, force nothing , let it happen #preptime.” In the video, she is seen undergoing training for something special. Though she has not revealed much. However, it is speculated that the actress has begun the preparation for Tiger 3. The shooting for the film has started. The first scheduled shooting has been completed. The Tiger 3 will also feature Emraan Hashmi as the antagonist and he will be working for the first time with Salman Khan.

It is reported that the film is believed to be the costliest Bollywood action film till date and is expected to release during Eid 2022.

Take a look at screenshot of Katrina Kaif’s video: Katrina Kaif also has Phone Bhoot with Siddhant Chaturvedi and Ishaan Khatter in her kitty. She was yesterday spotted with her sister Isabelle Kaif outside the restaurant. Katrina was looking fabulous in a stylish top and denim shorts.

Also Read: Katrina Kaif wows all with her charming smile and doles out words of wisdom to be happy; PHOTO

Katrina Kaif sweats it out in the gym as she begins her journey in ‘learning new things’; Says ‘Let it happen’