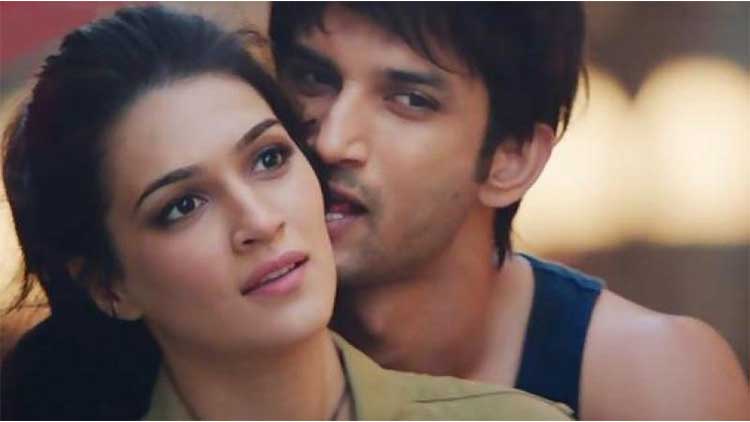 Actor Kriti Sanon just took to her social media profile and wrote a heartfelt note for late actor SSR, as their first outing, Raabta clocks 4 years of its release.

Based on the concept of reincarnated star-crossed lovers, Raabta directed by Dinesh Vijan in his directorial debut and co-produced by Homi Adajania, Bhushan Kumar. The film paired Sushant Singh Rajput and Kriti Sanon, for the first time, it also featured Jim Sarbh, Rajkummar Rao and Varun Sharma in supporting roles.

As the movie clocks 4 years of its release, Kriti Sanon took to her social media profile and shared a video clip from the film and wrote, “Tan lade, tan muk jaaye, Rooh jude, judi reh jaaye…I believe in connection, I believe that we are meant to meet the people we do…My Raabta with Sushant, Dinoo and MaddockFilms was just meant to be” “Films come and go…But every single film has so so many memories behind it…The connections we make & the moments we live with each other stay within us…Some more than others…Raabta was one of my best and most memorable experiences and it will ALWAYS remain close to my heart…Little did I know that it would be our first and last…#Raabta” read the full note.

Meanwhile on the work front, Kriti Sanon is busy with back to back movies, such as Mimi, Hum Do Hamare Do, Bachchan Pandey, Bhediya and Adipurush.