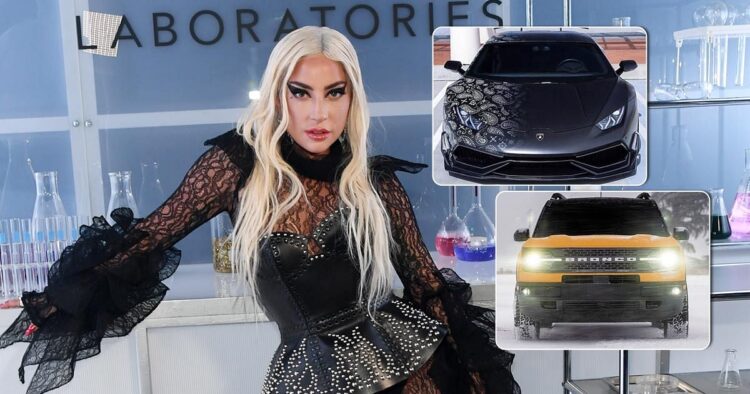 Stefani Joanne Angelina Germanotta, professionally known as Lady Gaga, is well known for her successful singles “Bad Romance”, “Telephone”, and “Alejandro”. She is one of the world’s best-selling music artists and the fourth highest-earning female musician.

The American singer has won various Guinness World Records, 12 Grammy Awards, and several awards from the Songwriters Hall of Fame and the Council of Fashion Designers of America. But not many know that she has a penchant for luxury cars. So let’s take a look at some of her rides parked in her garage.

The Oscar-award winning singer and a celebrated actress is also a bit of a gear-head too. She loves to collect luxury and vintage cars as well as a couple of the best modern vehicles. Among her impressive collection of cars, Rolls Royce Phantom is the most favourite one for her. Unlike most Rolls Royce owners, Lady Gaga likes to get behind the wheel herself instead of having a chauffeur. She owns the late 2000s-model.

The Poker Face singer also has a stylish and sporty Lamborghini Huracan that has a top speed of over 200mph. These supercars don’t come cheap either, with even the most basic Huracan model costing almost $200,000. Reportedly, she even drove the luxury sports car to the NRG Stadium in Houston when she was performing in the Super Bowl halftime show there in 2017.

Lady Gaga also owns a Porsche Boxster, a more petite convertible which still packs a powerful punch under the hood. When compared to her luxury car collection, Porsche Boxster is the cheapest one. The car’s price starts from $71,000.

Lady Gaga may have the best European cars in her collection, but her true automotive love is for US muscle cars. The Nova SS was first introduced as a separate vehicle, rather than just a trim option, in 1968. Owners of the car have an optional V8 engine for more power, and the chassis borrowed heavily from another Chevy muscle car classic, the Camaro.

Audi R8 is the sleek and sophisticated roadster that uses the same drive train as her Lamborghini Huracan. The luxury car is the perfect combination of precision German engineering and European style. The car is priced at $120,000.

Ford Bronco perfectly reflects the larger-than-life personality of Lady Gaga. The convertible Ford Bronco truck is considered something of a functional workhorse, but it has enjoyed something of a renaissance in recent years. The 35-year-old singer also had her vintage model painted a tasteful duck-egg blue.

Must Read: Amy Schumer Took To Social Media Informing Fans That Her Father Is Hospitalized