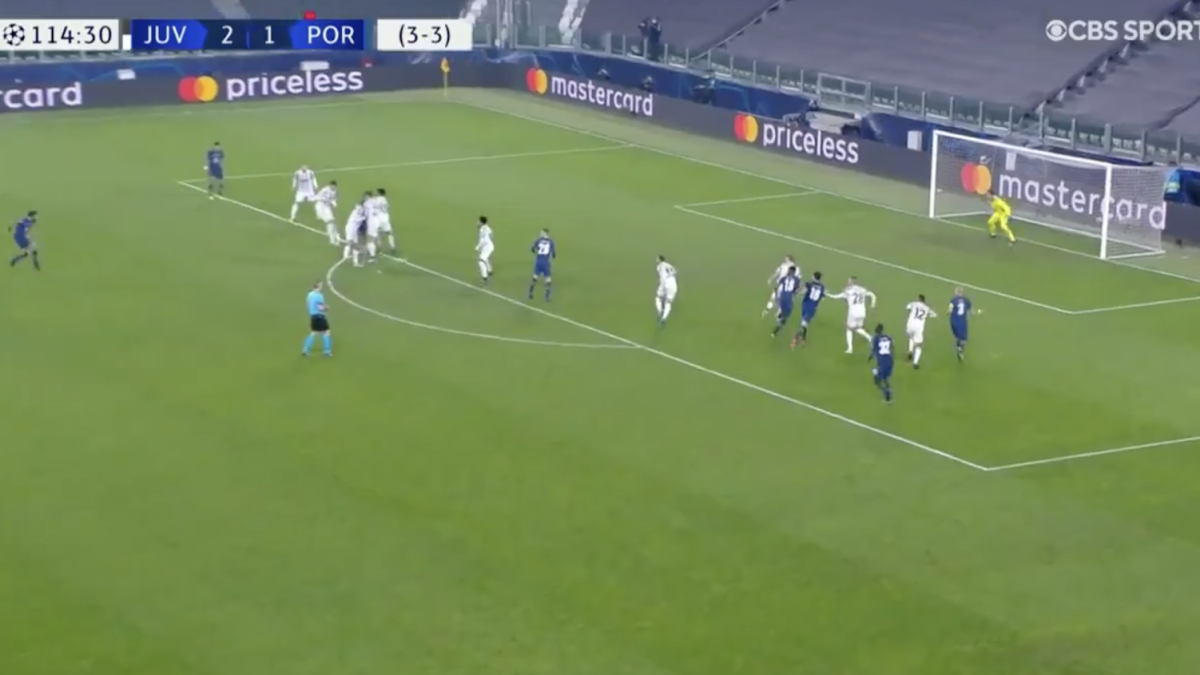 I’ve been dreaming of doing one of these “Old Lady” headlines ever since I started here, so thank you for coming on this journey with me.

Porto had taken a pretty surprise 2-1 lead on Juventus in the first leg of their Champions League round of 16 tie three weeks ago. Though it wasn’t much of a surprise considering just how crud-tastic Juve were in Porto. Juve weren’t much better in the first half of the second leg, barely mustering any resistance and showing all the threat of a confused kitten when attacking. Porto taking a 1-0 lead on the night and a 3-1 lead on aggregate on Sergio Oliveira’s penalty was hardly an injustice given how the game had gone.

Then the whole thing fell down the rabbit hole.

Juventus finally located their consciousness in the second half, and Federico Chiesa immediately scored to jumpstart the frenzy. Porto’s Mehdi Taremi stupidly got himself a second yellow card in the 54th minute for kicking a ball away after a whistle, which meant Porto would face an onslaught from the Italian champions for the next 36 minutes. It didn’t take long for Chiesa to net again and basically start the tie over.

Porto heroically held out for extra time, and then this happened:

Juventus’s wall wasn’t exactly Troy-like. It wasn’t even Cottonelle-like. What Christiano Ronaldo was doing here is anyone’s guess. An interpretation of the Electric Side at the end of a wedding reception when the open bar has been drunk dry? A great strike from Oliveira, but from that far out the wall has one job and they gloriously, hilariously didn’t do it. Wojciech Szczęsny could have gotten a stronger hand on it too, proving that if you’re going to have an element of Arsenal in your team, Arsenal things might happen to you.

Adrien Rabiot scored a couple of minutes later to set the very last seconds on edge, but Juve couldn’t break through the deadlock at 4-4 which sends Porto through to the quarters on away goals.

This will only shift the “rebuild” talk around Juve into a higher gear, this being the second straight year they’ve beefed it in the Round of 16, and their Serie A title looks to be headed elsewhere as well. And it won’t make manager Andrea Pirlo’s life any easier.

For now, we can all bask in Ronaldo’s town-drunk attempt to defend that freekick.