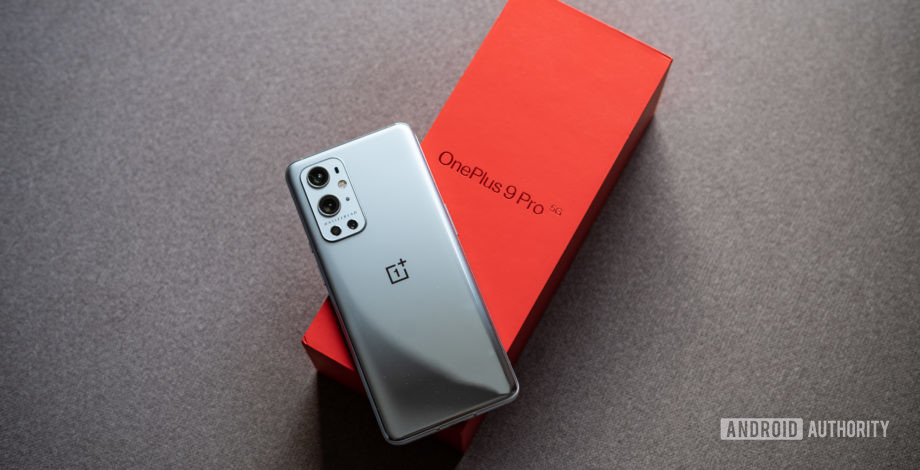 To say the launch of the OnePlus 9 Pro has caused a kerfuffle amongst smartphone enthusiasts would be an understatement. It’s the company’s best phone yet, and its most expensive phone so far — two things that haven’t sat well with the brand’s fans and tech enthusiasts.

OnePlus has never really had a spec sheet problem. Rather, the company has struggled with that final bit of polish that separates the wheat from the chaff. Has OnePlus done enough this year to run with the very best flagships?

I agree with much of the sentiments shared in Android Authority‘s original OnePlus 9 Pro review. However, besides my personal experience with the phone, I want to address the matter of market perception.

The OnePlus 9 Pro is competing with flagships in North America and Europe. However, it’s still a flagship that is still priced much lower than the competition in key markets like India — and that makes a difference. How much of a difference? Let’s talk about it in this OnePlus 9 Pro review second opinion. It’s been a long time coming, but OnePlus has finally done it. The company’s constant northward trajectory has been visible to anyone following the company. All of that has culminated into a product that is a full-on premium flagship.

There’s a lot more to a flagship than a spec sheet, though. Key aspects like refinement, camera tuning, battery optimization, and extra add-ons can make or break the experience.

See also: Everything you need to know about OnePlus

In India, the phone has leapfrogged forward by Rs. 10,000 (~$135) to start at an eyebrow-raising Rs. 64,999. Meanwhile, in the US it gets a smaller price hike, going from $899 to $969. Here’s the thing, that extra bump in price affords the company much-needed legroom for the little things that make a flagship, well… a flagship.

The design here isn’t the most outlandish or cutting edge, like the Samsung Galaxy S21 Ultra. Refinement is the theme here, and OnePlus has nailed the little bits like having a near-perfect hand feel with just the right amount of curves. The camera module with Hasselblad branding looks premium without being in your face. I appreciated the perfectly balanced size of the camera modules. Button feedback and tactility haven’t been an issue with OnePlus hardware, but even that has been tightened up. I love that knurled edge on the alert slider.

It’s not bold. But between the quality of materials — Gorilla Glass at the front and back, and the sleek curves, tight tolerance levels — this is design perfection while sticking to the OnePlus design ethos.

Related: The best OnePlus 9 Pro cases you can get

While we’re still talking design, the Morning Mist color variant I have on hand looks fetching, but proved to be a fingerprint magnet. It made a case a necessity. I would expect to see slightly less smudgy prints on the gorgeous pine green and matte black variants.

Then, there’s the haptics. OnePlus made improvements here starting with the OnePlus 7T Pro and the 8 Pro, but the 9 Pro represents another step ahead. Tight haptics can make a tremendous difference in the typing and gaming experience, and the OnePlus 9 Pro gets within spitting distance of the Pixel series and iPhone 12. Not quite perfect, but very close. Even over at the front, there are quality of life improvements. Yes, it is still a curved display, but the curvature has been reduced enough to avoid color distortion along the edges. It isn’t perfect, and I noticed occasional glitches with G-board, but the palm rejection worked very well.

I’ll point you over to my colleague Eric’s excellent OnePlus 9 Pro review if you want the nitty-gritty on the display. The long and short of it is that the display is fantastic. From the peak brightness levels to accuracy, the 120Hz panel shines and is right up there with the best.

The OnePlus 9 Pro looks towards design perfection through refinement over experimentation.

I appreciated the speakers as well, though there’s work to be done here. Since the phone uses the earpiece as the secondary speaker, audio output can often sound a bit unbalanced.

Finally, there are feature additions like an IP68 rating. As someone who has taken to copiously wiping my phone with sanitizer lately, the added peace of mind of an IP rating is excellent.

All the power you could want If there’s one thing you can rarely fault with OnePlus devices it’s the best-in-class core hardware. That continues to be the case here thanks to the Snapdragon 888 processor, Adreno 660 GPU, 12GB of RAM, and 256GB of storage.

Those specs are matched up with a software skin that flies. Oxygen OS is well mated to the hardware and that burden-less philosophy shines. The phone is fast, fluid, and nimble enough to handle tasks as you throw them at it.

Games run maxed out at the highest-end settings, and the OnePlus 9 Pro has no issues at all with sustained performance. Between emulating PSP classics, and games like Call of Duty: Mobile, I noticed just a bit of mild heating but it was definitely not something to be concerned about.

It isn’t just the hardware that shines. Oxygen OS 11 isn’t stock Android, but the chosen additions are far from off-putting. The fluid, cohesive design is excellent.

What isn’t as amazing is the battery life. On paper, a 4,500mAh battery should be more than enough for all-day use, but that wasn’t my experience initially. In fact, the phone just about made it through a full day of use.

Now that I’ve spent some time with the phone, battery life has gotten a lot better. Adaptive battery optimizations took a lot longer than expected to kick in, and I’ve been told that the company is looking into it. I can comfortably get through a full day of use without much range anxiety.

OnePlus has made a big deal of its partnership with iconic camera maker Hasselblad. A big part of a tie-up such as this is co-branding. It comes as no surprise that OnePlus wants to market the benefits, but the partnership has had very tangible benefits to imaging. This is most noticeable in color science. While the real benefits can be seen in Pro mode, the standard camera mode also shows drastically improved performance over previous iterations.

The primary 48MP camera shoots some of the most natural-looking images I’ve come across recently. The camera suffers with dynamic range, and more specifically with retrieving details out of shadow regions. But in a world of contrasty, saturated colors, the focus on accuracy is refreshing.

It is easy to see why images taken on the OnePlus 9 Pro might not be your first pick if you were to stack them directly against a Samsung phone or even an iPhone. The images tend to look positively dull compared to some of the more contrast-rich shots from its competitors. Here’s the thing, it is easy to bump up the saturation in post-processing. The other way around? Not so much.

Images from the OnePlus 9 Pro might not be a crowd-pleaser, but are objectively great shots.

That’s not to say that the images are perfect. While noise reduction and the telltale “watercolor” effect are greatly subdued, there are still noticeable signs of over-sharpening.

The Nightscape mode impressed with tight control over noise and detail. The result is low-light images that are bright, but not unnaturally so.

I also liked the fact that OnePlus has kept white balance metering and color science reasonably consistent between the primary and ultra-wide sensors. Not only that, the new freeform lens in the 50MP ultra-wide camera is possibly one of the biggest leaps the company has made in imaging. The high resolution allows for a lot of detail, and the new lens ensures that distortion is drastically reduced. You’ll still notice some at the edges, but the improvements are undeniable.

Now, dedicated macro cameras have been a gimmick for a while now. 2MP sensor — or 5MP sensors if you’re lucky — hardly have the resolution to enable high-quality closeups. The OnePlus 9 Pro, like some of the previous models in the Pro series, makes use of the ultra-wide sensor to capture exceptionally stunning macros.

The 3.3x telephoto sensor, however, is the Achilles heel here. The images lack detail, and the phone can struggle with metering white balance accurately. The same goes for the selfie camera where the IMX471 sensor is definitely starting to show its age. Images tend to be soft and have too much noise.

Related: The best camera phones you can get

All in all, I agree with Eric’s conclusion. The OnePlus 9 Pro represents one of the biggest leaps forward for the company in the imaging department. Next to a Samsung Galaxy S21 Ultra or an iPhone 12 Pro, it’s not quite as good, but not only is the phone significantly more affordable, but it also takes a different approach towards imaging.

The muted, more natural-looking color signature isn’t a crowd-pleaser, but that doesn’t take away from the fact that the OnePlus 9 Pro can produce objectively good images.

The OnePlus 9 Pro is an absolute banger of a phone. It gets almost every aspect right and hits the spec sheet checkboxes. And finally, the camera quality has received a significant upgrade to the point where it’s truly competitive with the very best.

I love the minimalist, almost Nordic (but not Nord-ic), no-gimmicks design. It reeks of sophistication, and the optional matte black back affords more options than before. This extends to the general fit and finish, and the way the phone fits snug in the palm of your hands.

The OnePlus 9 Pro is an absolute banger of a phone that proves OnePlus is ready to play in the big league.

The top-tier performance doesn’t come as a surprise either. With a Snapdragon 888 chipset under the hood, you’d expect day-to-day performance to be perfectly satisfactory. But it’s extended use and gaming where the phone leaves a mark through sustained performance. That performance, however, takes a toll on battery life and it isn’t nearly as good as I’d have liked. Quick charging closes the gap, but I wouldn’t mind some more optimization here.

Pricing is where things get a bit more interesting. In the US, the phone now starts at $969, which places it right against alternatives like the iPhone 12 Pro and the Samsung Galaxy S21 Plus. Has OnePlus done enough to operate in the same space? Almost, but not quite. The camera has improved drastically, but the telephoto lens, in particular, just can’t match up to the alternatives.

OnePlus 9 Pro alternatives: 7 phones to check out before you buy

All things considered, the OnePlus 9 Pro makes one thing clear — OnePlus is ready to play in the big leagues. In more ways than one, the OnePlus 9 Pro is nearly caught up with the competition. Fingers crossed things only go upwards from here.

The OnePlus 9 Pro reaches the market with a refreshed design, a 6.7-inch AMOLED display, a Snapdragon 888 processor, and a new Hasselblad camera partnership for improved imaging.