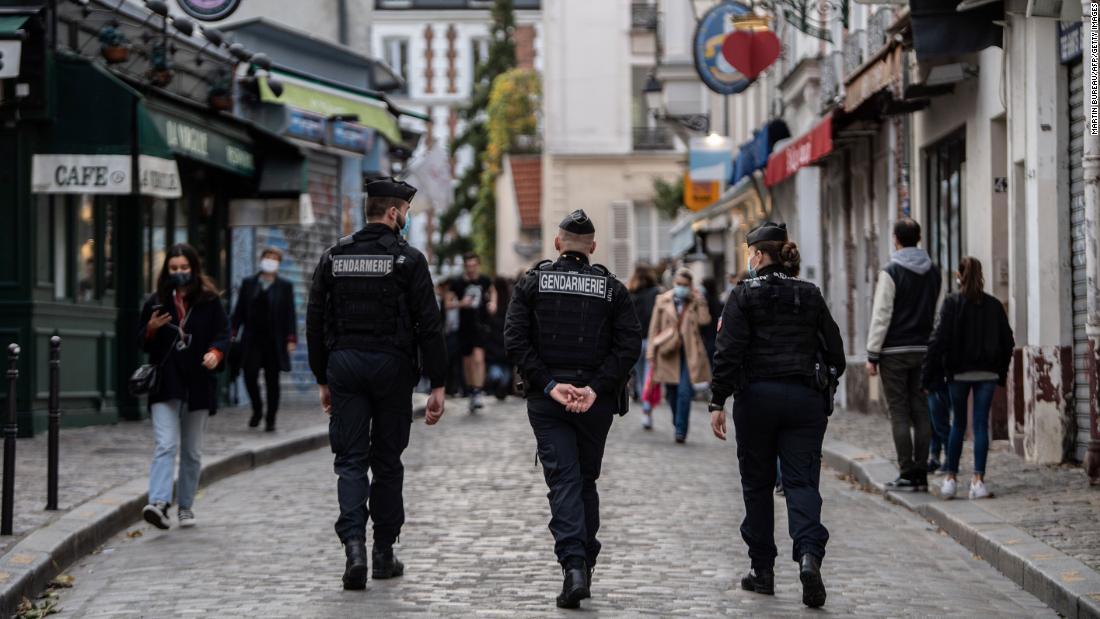 The 39-year-old man, living in Brittany, northwestern France, was hiding behind a car early Saturday morning when he was spotted by a police patrol.

He appeared to be drunk, police said. He was questioned and officers discovered that he was carrying a flick knife.

Police checked his explanation for being outside and found that the man had written in the permission form: “I’ve gone to smash a guy’s face in. That’s my excuse and it’s a good one.”

Daniel Kerdraon, Lannion police chief, said officers explained this wasn’t a legitimate reason and that he would be detained overnight.

“Somehow he wanted to respect the law, because, when he was questioned at the police station, he insisted on the fact that he was less than a kilometer from his home,” Kerdraon told CNN.

Under the country’s lockdown restrictions, people are allowed outside for one hour of exercise per day and no farther than one kilometer (about 0.6 miles) from their residence.

On Monday, the man was questioned for carrying the flick knife. He told police he “did not intend to hurt the guy with it.”

France imposed a new lockdown in late October in response to a rise in Covid-19 cases, shutting non-essential businesses, restaurants and bars.

Schools and workplaces have remained open and care home visits are allowed, but people can otherwise only leave their homes for work, medical reasons, shopping for essential goods or exercise.

Sunday lockdown imposed in UP, fine up to 10,000 Rs. for violating covid rules

Fatigue Outpaces Progress as France Enters Yet Another Lockdown