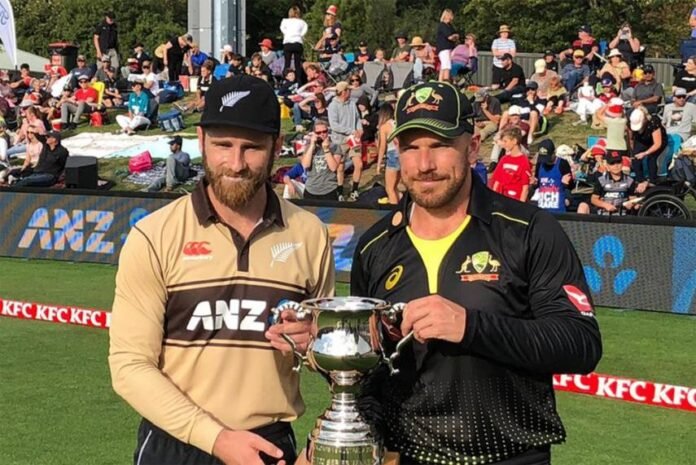 The hosts New Zealand will face the visitors Australia in the third game of the five-match T20I series on Wednesday (3rd March) night at Westpac Stadium (Wellington).

Currently, the home team is leading this series by 2-0 who won this T20I series opener by 53 runs and won the next high-scoring thrilling match by 4 runs.

Martin Guptill finally showed his class in the last T20I match where he scored 97 runs. James Neesham is now very consistent as an all-rounder who scored 45 not out off 16 balls and also took two wickets (2/10) in an over in the last game.

New Zealand spinners Mitchell Santner and Ish Sodhi both have bagged 5 wickets each in this T20I series while pacer Tim Southee has taken 3 wickets at the same time.

Australia are struggling in T20I cricket due to poor top-order batting form, including Glenn Maxwell’s inconsistency.

In the last game, Marcus Stoinis scored 78 off 37 balls while Daniel Sams scored 41 off 15 balls. Also, youngster Josh Philippe scored 45 off 32 balls in that same high-scoring match. On the other hand, Mitchell Marsh scored 45 runs in the first T20I of this series when all other Aussie batsmen failed to fight.

Jhye Richardson, Kane Richardson and Daniel Sams all have taken 3 wickets each in this T20I series.