‘No OTT’ Clause added by actor Ayushmann Khurrana to his movie “Chandigarh Kare Aashiqui”; Film To Hit Theatres In June 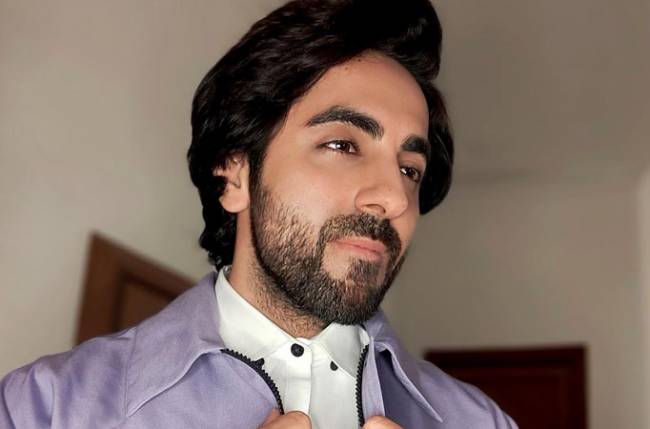 MUMBAI: It was Ayushmann Khurrana’s movie Gulabo Sitabo which was the direct to OTT release during lockdown which had Amitabh Bachchan too. Well, Ayushmann recently completed the shoot of his next project titled Chandigarh Kare Aashiqui, which has been helmed by Abhishek Kapoor and also stars Vaani Kapoor. While the actor is playing the role of a cross-functional athlete, his on-screen love interest Vaani is reportedly portraying the character of a transgender. According to the latest buzz, this time Ayushmann has made sure that his film reaches the theatre instead of releasing on a digital platform directly.

As per the reports, In today’s uncertain environment, a lot of films are taking the direct to digital route and Ayushmann wants to be sure of what he is signing up for. Hence, he along with his team have devised a plan to clearly bifurcate between OTT and theatrical content before coming on board a film. His contract for Chadigarh Kare Aashiqui assures a theatrical release. The idea is to know what he is signing on for, and decide on the content based on the medium of showcasing.”

ALSO READ – (“As an actor, Ranveer is probably the best we’ve had in a really long time. His versatility is unmatched,’’ says Deepika Padukone )

The reason that Ayushmann added a ‘No OTT’ clause to the film is that he is now clear on bifurcating between the two platforms. The source went on to explain that he is open to be a digital star too, but he wants to know the platform of showcasing before joining the team. The source further stated, “Only after being on the same page regarding the release plan of Chandigarh Kare Aashiqui did he come on board the film. At this point of time, it’s gearing up for a theatrical release in June.”

ALSO READ – (Sanya Malhotra is busy shooting for her upcoming film & simultaneously prepping for her next!)