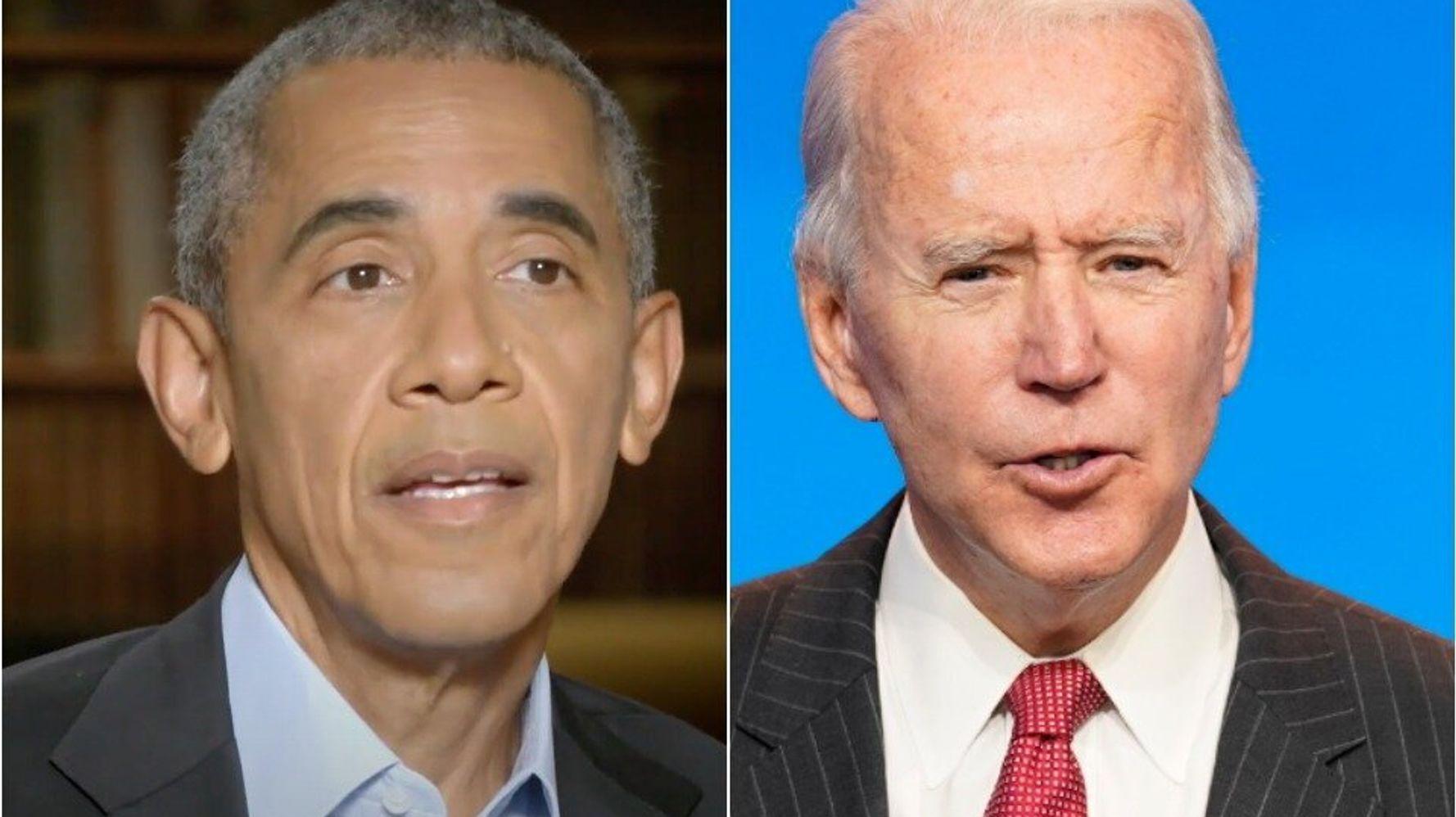 Former President Barack Obama thinks Joe Biden’s presidency will provide a welcome tonic to many Americans from the chaos of the Donald Trump era.

In a socially distanced interview that aired on Tuesday’s broadcast of “The Late Show,” Obama told host Stephen Colbert he believed people are “exhausted by just this world wrestling federation constant cage match” of the Trump administration and now “just want to feel as if a day passes without it being dominated by something crazy coming out of the White House.”

Under Biden, the United States now has “the potential of returning to a presidency that is actually paying attention and try to do right by all people and not just some,” he explained.

Obama elsewhere in the extended sit-down slammed the “shambolic nature” of Trump’s response to the coronavirus pandemic, noting “it would have been good politics” to handle the crisis well.

He also said the outgoing president had “exceeded” his fears, recalled how former first lady Michelle Obama initially did not want him to run for president ― and explained why he went and did it anyway ― and then got “crushed” by Colbert in a game of wastepaper basketball.

“I’ve lost my swag on Stephen Colbert,” joked Obama after his defeat.

Check out the first part of the interview here: