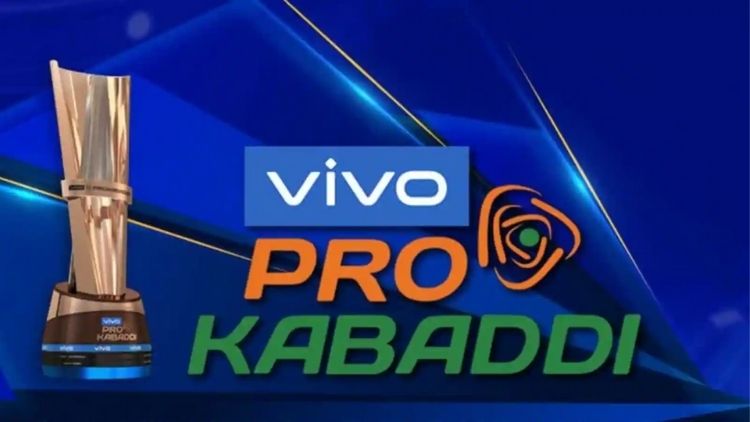 It’s exciting times ahead for Kabaddi Fans. The Vivo Pro Kabaddi League will be starting from 22 December. Due to the Pandemic, all the matches will be played in Bengaluru and no crowds will be allowed. Despite this, the anticipation among fans is very high this season. The season will kick-off with Season 2 Champions U Mumba taking on Season 6 champions Bengaluru Bulls. Before the season starts let’s look at all the teams and their probable starting 7.

The defending champions of PKL, Bengal Warriors have managed to put up a very strong and experienced side. They had already retained captain Maninder Singh, Iranian all-rounder Mohammad Nabibaksh and Left Corner Rinku Narwal. Though they could not get back the talented raider K Prapanjan, they managed to fill that gap by signing Sukesh Hegde and Rishank Devadiga. In the defense, they managed to sign Iranian Abozar Mighani at only 30.5 lakhs.

The season 6 champions, Bengaluru Bulls had released their skipper Rohit Kumar ahead of the season 7 auction. Star raider Pawan Sehrawat has been appointed as the new skipper of the Bulls. In the auction, the Bulls focussed on building a very strong raiding unit by signing Chandran Ranjit, Deepak Narwal and GB More. But, their defensive unit looks weak with many young defenders.

The runners-up of last season, Dabang Delhi have bolstered their defense by signing veterans like Sandeep Narwal, Jeeva Kumar and Manjeet Chillar. They have also signed the experienced raider Ajay Thakur. Before the auction, they had retained young Naveen Kumar. Left Corner Joginder Narwal is expected to lead them this season as well.

The runners-up of seasons 5 & 6, Gujarat Giants will look to go one step ahead and win the trophy this season. Before the auction, the Giants retained their stellar cover combination of Sunil Kumar and Parvesh Bhainswal. In the auction, they signed Ravinder Pahal and Girish Ernak to complete a dangerous defensive unit. As always Gujarat has signed many young raiders, who will be expected to come good at the big stage.

Before the auction, the Steelers had retained their raiding duo of Vikash Kandola and Vinay. In the auction, they completed the raiding trio by signing Rohit Gulia for a whopping 83 lakhs. They also signed experienced left corner Surender Nada for 20 lakhs. He will be expected to lead the side. The Steelers have also signed the experienced all-rounder Rajesh Narwal who can be used as a vital squad player.

The inaugural champions of the PKL, Jaipur Pink Panthers had retained Right Corner Amit Hooda and young all-rounder Nitin Rawal before the PKL auction. In the auction, they managed to get back Deepak Niwas Hooda and Sandeep Dhull by using their FBM cards. They also signed young emerging raider Arjun Deshwal for a price of 96 lakhs. Jaipur looks like a well-rounded side with good young and experienced players in both departments.

The most successful team in the history of PKL with 3 titles, Patna Pirates made a bold decision by letting go of their captain Pardeep Narwal. Pardeep is the most successful raider in the history of PKL and has been an integral part of the Patna franchise in their title-winning campaigns. To compensate for Pardeep, Patna bought many quality raiders like Sachin, Prashant Kumar Rai, Monu Goyat and Jang Kun Lee. But like last seaason, the Pirates again have a weak defensive unit.

Before the auction, Puneri Paltan had retained raiders Pankaj Mohite and Pawan Kumar Kadian. In the auction, they signed star raider Rahul Chaudhari and all-rounder Nitin Tomar. They also signed the lethal corner combination of Vishal Bharadwaj and Baldev Singh, each for 60 lakhs. The team which is coached by Kabaddi Great Anup Kumar will look forward to having a better season than last time.

After having 3 unsuccessful seasons on the trot, the Tamil Thalaivas decided to go for a complete revamp. They released all their players except 3 young defenders. At the auction table, they signed right cover Surjeet. They also spent heavily on getting 2 young raiders to lead the attack. They bought Manjeet and K Prapanjan for 92 lakhs and 71 lakhs respectively. The Thalaivas will rely heavily on these 3 players to come good this season.

Telugu Titans let go of all their star players before the auction. They had only retained a few young players who did well for them last season. At the auction, they used their FBM card to get back prolific Siddharth Desai. They also bought former Bengaluru Bulls captain Rohit Kumar to complement Siddharth. Former Titan Sandeep Kandola will be making his PKL comeback after 5 seasons. Telugu also signed young defender Surinder Singh for 55 lakhs.

The season 2 champions and semi-finalists of last season, U Mumba had made 4 big retentions which included Skipper Fazel Atrachali and raider Abhishek Singh. In the last 2 years, U Mumba has focused on buying young players and grooming them into stars. Even in this auction, they have bought many young players who will be expected to level up on the big stage

Before the auction, UP Yoddha had decided to retain their successful corner combination of Nitesh Kumar and Sumit. They had also retained raider Surender Gill. The Yoddh bought Pardeep Narwal for a whopping 165 lakhs, making him the most expensive player in PKL history. They also bought Shrikant Jadhav to complete the raiding trio. The only glaring weakness in this side are the covers. Nitesh Kumar is expected to lead the side again this season.