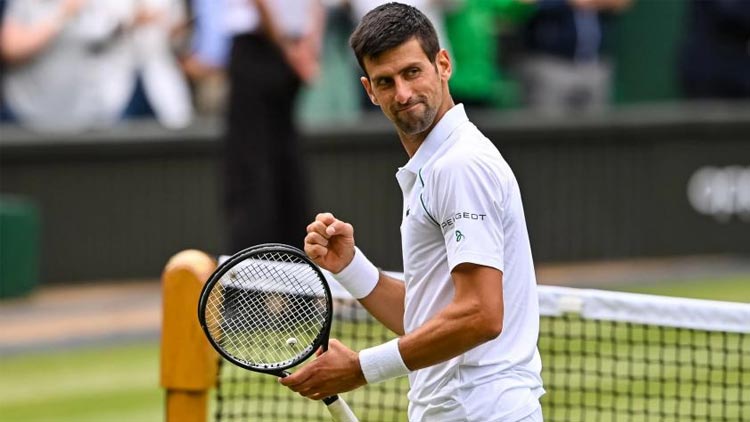 The defending champion Novak Djokovic continues to stay in the championship running for a seventh Wimbledon title as he reaches the quarter-finals with a four-set match played with Tim van Rijthoven.

He ranks number on and won the match 6-2, 4-6, 6-1, 6-2 on Centre Court. Van Rijthoven, ranks 104 but won the crowd’s appreciation and cheers as he won the second set. Djokovic did not let this setback take him down and bounced back quickly then continuing to win the match.

In the second set, Van Rijthoven fought off four break points in the serve, making it difficult for Djokovic to establish a point but, the Serbian raced to having a 5-0 lead in the third set making it clear that it is indeed him who still holds the upper-hand in the game. Djokovic did not let Rijthoven snatch any points whatsoever except for the two unforced errors in the third set as he found back his momentum, cancelling the free points given unintentionally in the earlier stages of the match that boosted van Rijthoven’s confidence.

And since then, it wasn’t difficult for Djokovic to turn break points into his favour in the fourth set as he finally finished the match easily after two hours and 37 minutes. The match began and concluded pretty late, so Djokovic thanked the audience and the legendary tennis player Billie Jean King for staying until the end of the match.

“I just really am pleased with the way I closed out the match. I lost the rhythm on my serve a little bit towards the end of the match but overall just a good fight and really challenging match for me on grass.” Novak Djokovic added in the ending ment after the match.

Djokovic will be up against Sinner tomorrow in the quarter-finals soon. Djokovic has mentioned how he sees a bit of resemblance of himself in Sinner, and also spoke about how he has been maturing a lot while playing, handling the pressure well on the big stage and putting the opponent under pressure as well.

As Novak strives for his seventh Wimbledon title and a 21st Grand Slam title overall, he is ready to face the toughest fight yet.