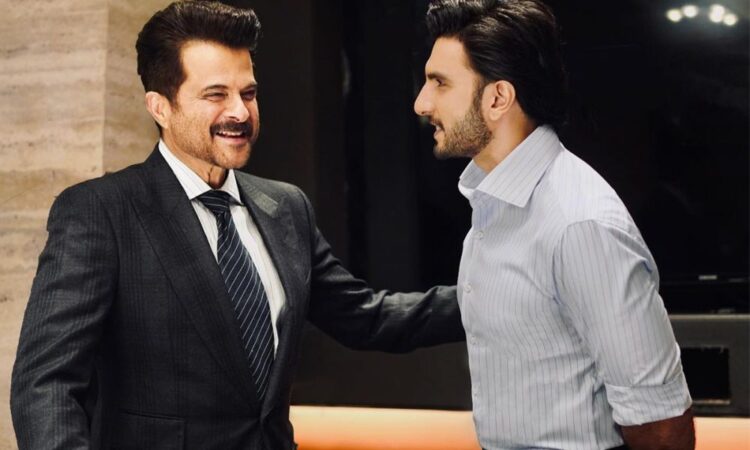 Superstar Ranveer Singh uploaded some exclusive images with the legendary actor Anil Kapoor. The ‘Lootera’ actor had nothing but delightful things to say about him. Through his post, he expressed how it was like collaborating with the ‘Mr. India’ star once again. Yes, that’s right! Both of them will soon be seen together for a project.

The post shared by Ranveer Singh contained candid shots of the actors engaged in deep conversation and also exchanging smiles. They were also dressed formally. The actor captioned it, “Can’t express the gratitude 🙏🏽 the pride, the utter delight & sheer joy of collaborating with one of my most admired screen idols 🌟 I deeply cherish the bond that we share 🧿 He is one-of-a-kind. Giant of a performer. Legend of an artist 👑 One of Hindi cinema’s finest @anilskapoor”

This isn’t the first time both Ranveer Singh and Anil Kapoor will be starring together for something. Both of them have priorly featured as father and son in Zoya Akhtar’s 2015 movie ‘Dil Dhadakne Do’ that also starred Priyanka Chopra and Shefali Shah in key roles.