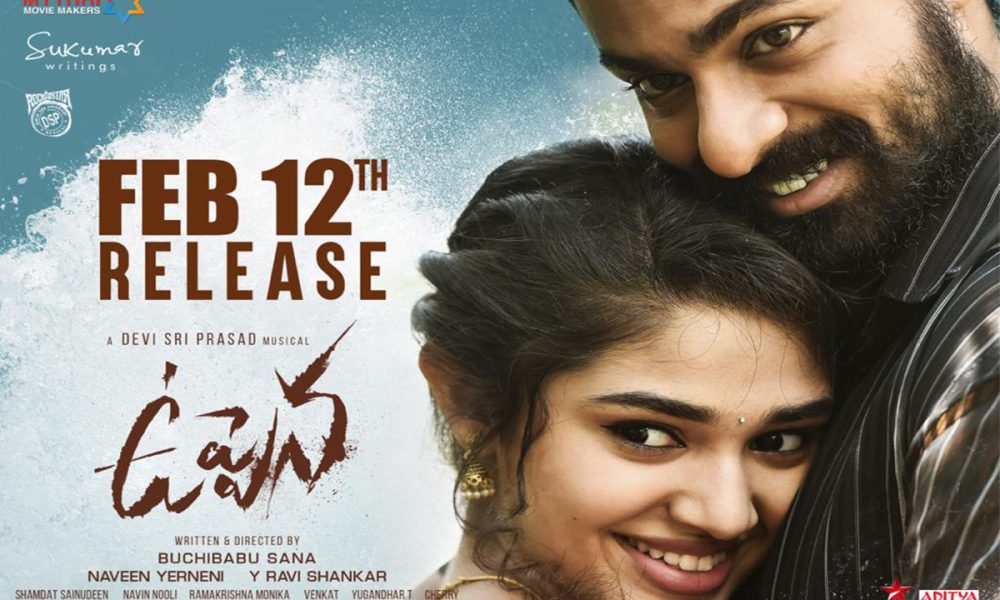 Turns out, upcoming Telugu film Uppena’s release date it sooner than it seems. The makers have officially revealed the release date for the Vaisshnav Tej and Krithi Shetty starrer. Since the film is going to be a romantic-drama, it was confirmed that it will release around the time of Valentine’s day i.e. 12 February 2021.

The film is headed for a theatrical release. The production house, Mythri Movie Makers uploaded a clip that stated the release date of the film and also tweeted, “The Love Wave will hit the theatres on February 12th #Uppena”

Superstar Vijay Sethupathi will also be essaying a prominent role in the film. It will be his second Telugu film after he featured in ‘Sye Raa Narasimha Reddy’. Uppena is being directed by Buchi Babu and it will be his directorial debut. The film was supposed to release last year itself but the release had to be postponed due to the pandemic.