Ritesh Sidhwani on Shah Rukh Khan’s Don 3: It will happen, we are working to get the right story 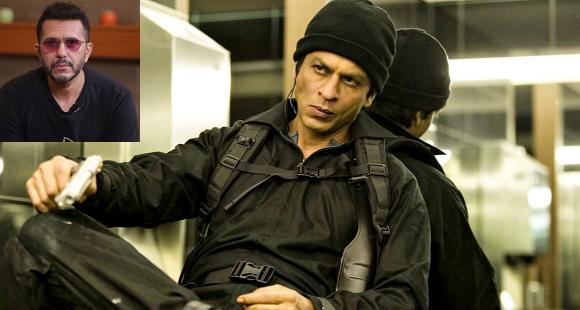 Ritesh Sidhwani on Shah Rukh Khan’s Don 3: It will happen, we are working to get the right story

In our earlier article, we revealed how Ritesh Sidhwani confirmed a Pinkvilla news break about Javed Akhtar making his comeback as a writer after a break from screenwriting. The co-founder of Excel Entertainment with Farhan Akthar, revealed that the film in question will be an action adventure, from Javed Saab’s school of filmmaking. In the same interview, we asked Ritesh about the million-dollar question regarding the future of Shah Rukh Khan fronted Don franchise. The filmmaker promised that it would happen, however, didn’t have a timeline in place for the same.

“It (Don 3) will happen, when, we don’t know. But we are wanting for it to be made, we have to get the right story and we are working on it. But, it will happen,” Ritesh said. When asked about the possibility of Excel making an out and out commercial action film with the quintissential fight between hero and villian and he said, “It”s not that we don’t like these stories. Farhan and I saw KGF before attaching our name and we thorougly enjoyed it. Farhan’s version of that (commercial cinema) is Don. For us, it has to happen organically. The brand believes in good content, whatever genre it be.  If you see, when we were doing Fukrey, people were laughing at us, and thought its silly. Wil I do an action film with 10 people flying? I will, but then I will justify it differently.” It (Don 3) will happen, when, we don’t know. But we are wanting for it to be made, we have to get the right story and we are working on it. But, it will happen

It was a candid conversation with the producer, who had a holistic take on the theatre’s vs OTT debate, as he shared his thoughts on the big screen experience and also opened up about the way forward for his production house with two direct to digital releases – Hello Charlie and Toofan – followed by other theatrical projects like the horror comedy, Phone Bhoot fronted by Katrina Kaif, Siddhant Chaturvedi, Ishaan Khatter, and the third instalment of comic caper, Fukrey. We also asked him, about the potential female led road trip film. Watch the full Conversation with Ritesh on our segment, The Number Game below:

THROWBACK: When Red Velvet alum Seulgi opened up about working with Irene; Reveals what...