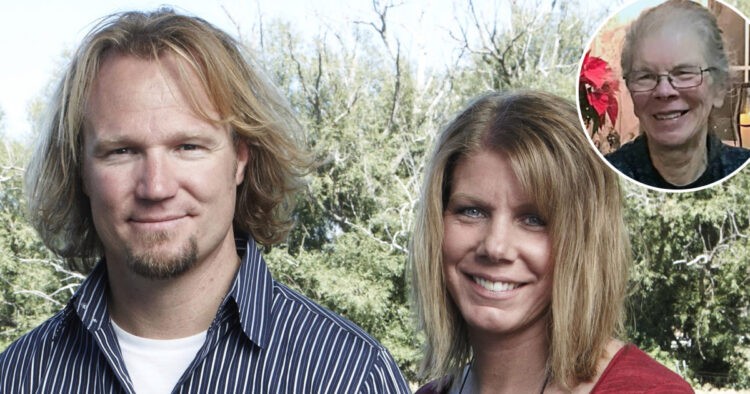 Sister Wives stars Meri and Kody Brown are mourning the death of her beloved mother, Bonnie Ahlstrom, who passed away at age 76 on Friday, March 26.

Meri shared a rare photo with Bonnie on Sunday, March 28, and detailed what a blessing it had been to be raised by a strong and resilient woman who always thought of others.

“This woman whose life mission was to give, to love, to serve,” the TLC personality, 50, wrote in her caption on Instagram. “This woman who would drop everything for you … This woman who was a safe place to land, no matter where, no matter when. This woman, this beautiful woman, my mom. She left us suddenly, unexpected, and extremely way too soon and I literally don’t know how I’m going to do the rest of my life without her,” Meri continued.

Bonnie, who was born on March 9, 1945, was previously featured on a few Sister Wives episodes and fans quickly saw how close she was with her daughter. Bonnie was often seen helping out at Meri’s bed and breakfast, Lizzie’s Heritage Inn.

In her loving tribute, Meri gushed over her late mother and celebrated the time they were able to share together. “You are missed, and I know you are so happy celebrating on the other side with dad, hugging your daughter and son who left us too soon, reuniting with your parents, and getting to know your dad,” the reality star added. “Love them all, hug them all, and be happy. Or rather, just continue filling that space around you with the light that you always do.”

As a new episode of season 15 was airing on Sunday, family patriarch Kody, 52, shared his condolences while live-tweeting. “Missing Grandma Bonnie now. So sad,” the dad of 18 wrote. “I love seeing her here on the show. Rest in Peace, Grandma! I will miss your kind way, smile and wisdom. Your passing breaks my heart.”

Kody and Meri have been going through a rough patch in their marriage, but he is making an effort to show her support during this tough time. The reality TV duo squashed split rumors in recent weeks and confirmed they are both willing to put in the work to keep their relationship going strong.

Meri’s latest Instagram post garnered several heartfelt messages from friends and family, as well as sister wife Janelle Brown, whose mother, Sheryl Lee Brown, passed away at the age of 76 in December 2020. “I will miss [Bonnie] so much!” Janelle, 51, commented. “She has been such a big part of my life all these years.”