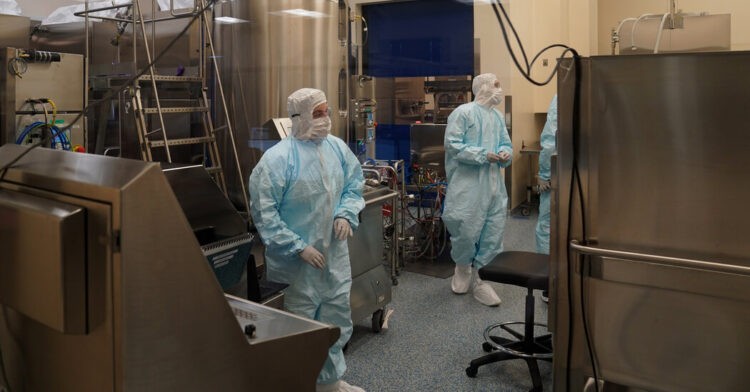 Workers at a plant in Baltimore manufacturing two coronavirus vaccines accidentally conflated the ingredients several weeks ago, contaminating up to 15 million doses of Johnson & Johnson’s vaccine and forcing regulators to delay authorization of the plant’s production lines.

The plant is run by Emergent BioSolutions, a manufacturing partner to both Johnson & Johnson and AstraZeneca, the British-Swedish company whose vaccine has yet to be authorized for use in the United States. Federal officials attributed the mistake to human error.

The mix-up has delayed future shipments of Johnson & Johnson doses in the United States while the Food and Drug Administration investigates what occurred. Johnson & Johnson has moved to strengthen its control over Emergent BioSolutions’ work to avoid additional quality lapses.

The mistake is a major embarrassment both for Johnson & Johnson, whose one-dose vaccine has been credited with speeding up the national immunization program, and for Emergent, its subcontractor, which has faced fierce criticism for its heavy lobbying for federal contracts, especially for the government’s emergency health stockpile.

The error does not affect any Johnson & Johnson doses that are currently being delivered and used nationwide, including the shipments that states are counting on next week. All those doses were produced in the Netherlands, where operations have been fully approved by federal regulators.

Further shipments of the Johnson & Johnson vaccine — expected to total 24 million doses in the next month — were supposed to come from the giant plant in Baltimore. Those deliveries are now in question while the quality control issues are sorted out, according to people familiar with the matter.

Federal officials still expect to have enough doses from Johnson & Johnson and the other two approved coronavirus vaccine makers to meet President Biden’s commitment to provide enough vaccine to immunize every adult by the end of May.

Pfizer is shipping its doses ahead of schedule, and Moderna is on the verge of winning approval to deliver vials of vaccine packed with up to 15 doses instead of 10, further bolstering the nation’s stock.

The problems arose in a new plant that the federal government enlisted last year to produce vaccines from Johnson & Johnson and AstraZeneca. The two vaccines use the same technology employing a harmless version of a virus — known as a vector — that is transmitted into cells to make a protein that then stimulates the immune system to produce antibodies. But Johnson and Johnson’s and AstraZeneca’s vectors are biologically different and not interchangeable.

In late February, one or more workers somehow confused the two during the production process, raising questions about training and supervision.

Vaccine production is a notoriously fickle science, and errors are often expected to occur and ruin batches. But Emergent’s mistake went undiscovered for days until Johnson & Johnson’s quality control checks uncovered it, according to people familiar with the situation. By then, up to 15 million doses had been contaminated, the people said.

None of the doses ever left the plant, and the lot has been quarantined.

Johnson & Johnson reported the mishap to federal regulators, who then started an investigation that has delayed the authorization of that plant’s production lines. The company has beefed up the number of its own staff members who monitor Emergent’s work and instituted a variety of new checks intended to protect against future lapses.

White House officials hedged their projections in a phone call with governors on Tuesday, forecasting certain deliveries from Pfizer and Moderna but warning that Johnson & Johnson’s shipments would fluctuate.

In a statement late Wednesday, the company said it expected the steps it was now taking with Emergent would enable it to deliver 24 million doses by the end of April, or about what the federal government expected. But that depends on whether Johnson & Johnson satisfies Food and Drug Administration regulators.