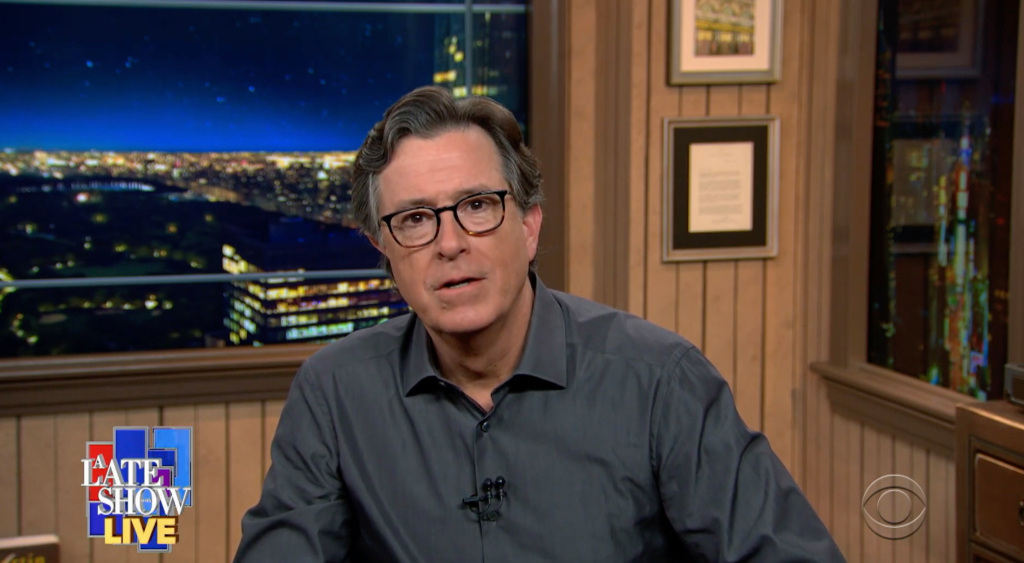 Shortly after Piers Morgan’s dramatic Good Morning Britain walkout, the ITV breakfast show announced that the anchor will not return to the news program. Celebrating the departure was The Late Show’s Stephen Colbert, who promised UK viewers a more positive experience with Morgan gone.

“Congratulations, tomorrow’s going to be a great morning, Britain,” the late night host quipped, playing on the ITV program’s title.

Following the explosive CBS Meghan Markle-Prince Harry interview conducted by Oprah Winfrey on Sunday, Morgan shared on Monday that he did not believe her remarks about her mental health. The Suits actress revealed on Sunday that her negative experience with British media and the Royal Family  caused suicidal thoughts. Following his controversial comments, Morgan’s co-star Alex Beresford challenged the former CNN anchor, causing Morgan to storm off stage.

During his opening segment, Colbert noted that Morgan can’t take the criticism he dishes out. Still enamored by Oprah’s interview with the Royal couple, Colbert couldn’t help himself in using the conversation’s most controversial moments against the news figure.

“Piers is such a baby that someone at Buckingham Palace just asked what color he’s gonna be,” Colbert said.

While the latest in Royal controversies and British media took over the first half of his opening segment, Colbert also recapped the biggest news at home. With the gradual decrease in case numbers, The Late Show host said he looks forward to the day where he “can stop saying ‘in latest Covid news.”

He discussed the “good news” of increased vaccination rates and the latest CDC information that people who have received their vaccines can gather with vaccinated friends and loved ones without masks indoors. Colbert also took on Covid-19 relief and the First Dog’s “biting incident.”

RELATED:  Yash Tonk: Feels great to be back shooting for TV show again