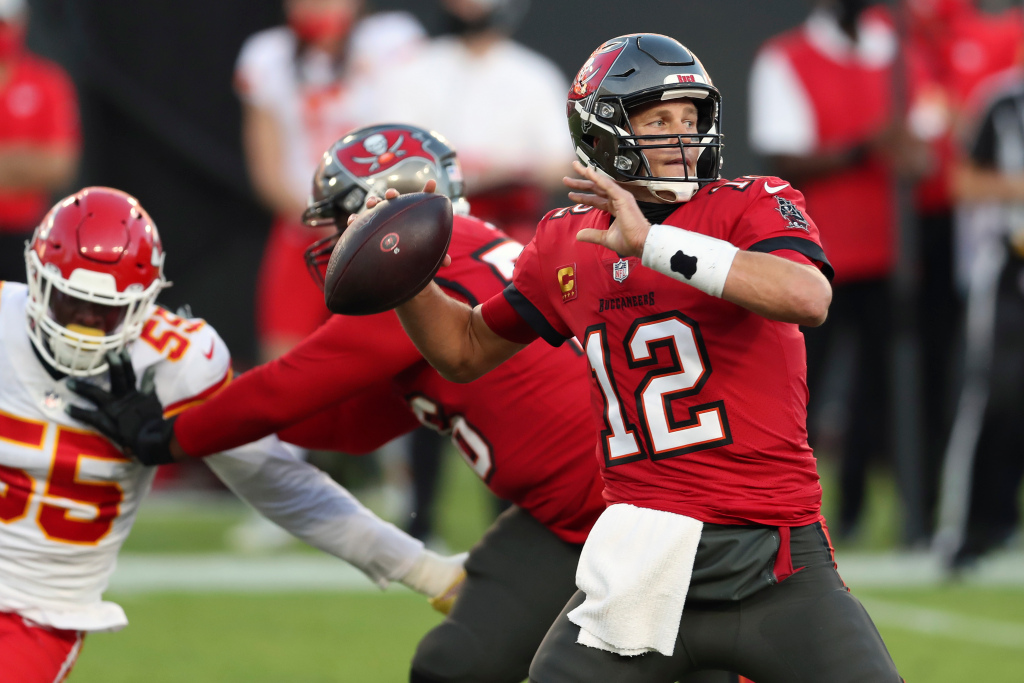 As with many other aspects of Super Bowl Sunday, this year’s advertising game-within-the-game has gone through some dramatic adjustments due to Covid-19.

The annual big-tent event on February 7 should still deliver hefty financial returns for CBS, which said this week it has essentially sold out inventory for the game at a rate of $5.5 million per 30-second spot. That’s in line with last year’s Super Bowl on Fox, which reaped $600 million on that single day, according to the company.

But Super Bowl LV in Tampa Bay, a matchup between the Tom Brady-led, hometown Buccaneers and Patrick Mahomes’ defending champion Kansas City Chiefs, won’t be the usual nacho-cheese-splattered bacchanal. Social distancing and ongoing lockdowns are a far bigger factor during the fearsome second wave of coronavirus infection than when the season kicked off last September. Viewing of the game — which, if it tracks with solid playoff ratings and a down-but-better-than-expected regular season, should be strong — will be happen on a much more intimate scale.

“This is not like any Super Bowl we’ve ever had,” Ryan McConnell, an SVP in Kantar’s consulting division, told Deadline in an interview. “With Covid spiking in different directions across the country, we’re going to see fewer Super Bowl parties. That’s going to mean a different feeling in the room when people are watching these ads. It will be interesting to see how you match the tone.”

The reality of 2020-21 has altered the calculus for many advertisers. Fast-rising new companies with Covid-related relevance — Indeed or DoorDash, for example — are making their debuts. There will be the game’s first-ever diaper ad, reflecting the family pandemic times. Anheuser-Busch has said it will forego Budweiser’s berth for the first time in decades, diverting budget to promoting Covid-19 vaccination.

In truth, while Bud is taking a break, many other brands under the same corporate tent are planning a collective four minutes’ worth of commercial time. Ditto for Coca-Cola and Pepsi, though on a corporate level both are not exactly on the sidelines. Blue-chip names like Verizon and Procter & Gamble are also buckling their chinstraps, so there will be a good degree of familiarity in sponsor messages.

In a Zoom call for the media on Thursday, CBS Sports chairman Sean McManus said the tone of the broadcast “is going to be a little different this year given all the country has been through.” He didn’t elaborate, but the short list would include Covid, a rancorous election, the January 6 assault on the U.S. Capitol and protests against racial injustice. “We’re not going to be somber, and we’re not going to be depressing, but I think we’re going to put everything in perspective,” McManus said. “It’s a time to escape and really appreciate what we have in terms of this country.”

Lead announcer Jim Nantz predicts a spill-over effect for TV viewers from the “magnificent spectacle” inside Raymond James Stadium in Tampa Bay. Of the 22,000 fans allowed to attend the game by the NFL, 7,500 will be health-care workers and first responders. “The vibe’s going to be big,” Nantz said. “It’s going to feel, in my estimation, like a full stadium.”

The 43,000 other empty seats will not go to waste. In addition to cameras like a 10th-row “trolley” that will follow players during the action, the NFL has also installed LED message boards covering the first seven rows of seats, valuing that inventory at $1.5 million to $2 million. It’s possible some of those sponsored call-outs could end up on air instead of the corporate guests or face-painted loyalists who usually serve as the live backdrop to the game.

McConnell notes that the game comes as America begins to chafe at pandemic restrictions but months before vaccine protections can take effect. “It’s a weird time right now, we’re in this transition period,” he said. In plenty of cases, like the shockingly low-rated NBA Finals and World Series last fall, watching oddly modulated games with piped-in, artificial crowd noise, rubs viewers’ noses in the difficulty and dislocation of the current moment.

Most pundits don’t see the almighty Super Bowl falling out of bed in terms of tune-in, but the uneasy fan attitudes toward watching sports make it “a little tricky this year,” McConnell said. “You don’t know if there’s going to be a controversial thing. There is downside for advertisers when things are as polarized as they are.”

McManus said CBS has not had to have delicate conversations with advertisers about their creative materials, or about contingency plans should anything arise on Super Bowl Sunday and become a story. The network has weathered controversy at the big game before, airing the Janet Jackson-Justin Timberlake halftime show and the blackout at the New Orleans Superdome. Neither year carried the kind of societal charge we’re now experiencing, however.

There is a potential upside, of course, to staging a sort of Stay At Home Bowl, with a dialed-down level of hype. As McConnell notes, “With fewer distractions, people may end up paying more attention to ads.”

That notion factored into the thinking at DoorDash, whose first Super Bowl spot features Daveed Diggs and the Cookie Monster showing how the company has evolved beyond its roots as a food delivery service.

“Everybody wants a more tuned-in audience,” David Bornoff, head of consumer, brand marketing at DoorDash, said in an interview. “The fan side of me will miss the fact that we can’t get together. … And I personally will miss some of those traditional advertisers because I always enjoy their creative.” Nevertheless, DoorDash is “not really looking at how the ad landscape is. We knew months ago that we wanted to be part of the game and we look forward to the opportunity.”